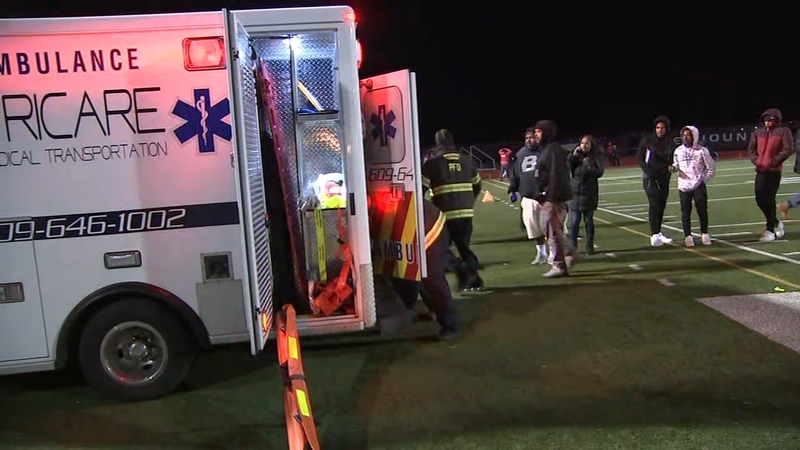 Eyewitness News was there as a gunman unleashed a fury of bullets about 8:30 p.m. during the third quarter of a playoff game between the Camden Panthers and the Pleasantville Greyhounds.

One of the wounded was a young boy who was apparently sitting in the stands. He was airlifted to a children's hospital in Philadelphia "with some serious injuries," Atlantic County Prosecutor Damon Tyner said.

'There are lot of kids running:' 2 teens injured in shooting at Philadelphia high school football game

Tim Athl Sr. was sitting in the parking lot watching the game.

"I was watching everybody running then I got out to see what was going on," Athl told Action News.

Tyner, the prosecutor, told The Associated Press the shooting took place on the Pleasantville side of the bleachers. No one had been arrested as of late Friday, and authorities were investigating whether more than one shooter might have been involved.

Authorities did not identify shooting victims, but said both are listed in serious condition.

Investigators won't say if the victims are related, but did say a firearm was recovered.

They are working to track down the shooter.