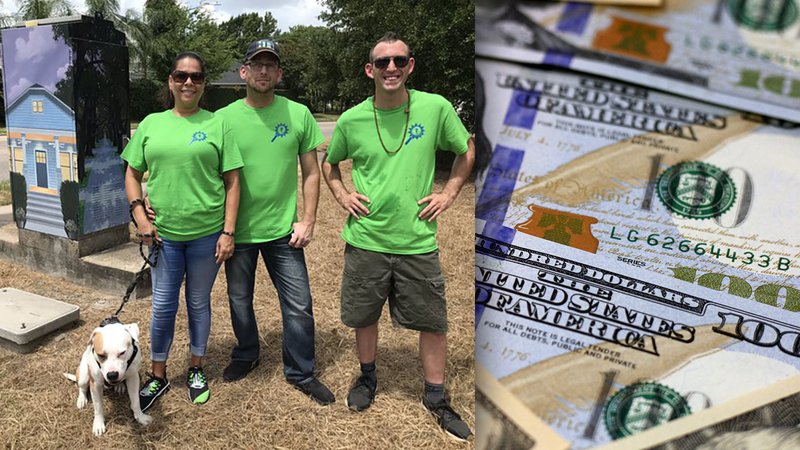 The game is called Hidden Treasure Hunts. Right now, it's offered in Beaumont, but in August, it'll start in Houston.

Here's how it'll work: There will be around 15 riddles people will have to answer using the Houston murals.

Participants enter the riddle answer online, and if it's correct, they receive the next clue. Brad Sanford developed the idea a few months ago.

"The riddles will get harder and harder, and at the end, you'll have a master riddle that you're going to have to put it all together to come up with the answer to win the money," Sanford said.

The game lasts a month. It costs upwards of $25 to play. You can play solo or on a team. You must be at least 18 years old.

"No one solved it yet," Sanford said. "A lot of them are stuck midway and some of them are all the way to clue number 14."

The treasure hunt has another benefit. Part of the entry fee will go to a charity.

The group plans to donate the money to the Houston SPCA, so it's a way for you to win big and help animals too.

"I think this will really appeal to a lot of people because there's real money at stake, and they can win a good piece of the pot," Sanford said.

The Houston game will start in mid-August and registration has been extended to Friday, Aug. 23 at 9 p.m. The creator is expanding outside of southeast Texas.

Soon, it'll be offered in Dallas, Chicago, Pittsburgh and Phoenix. To learn more about it, head to the Hidden Treasure Hunts website.