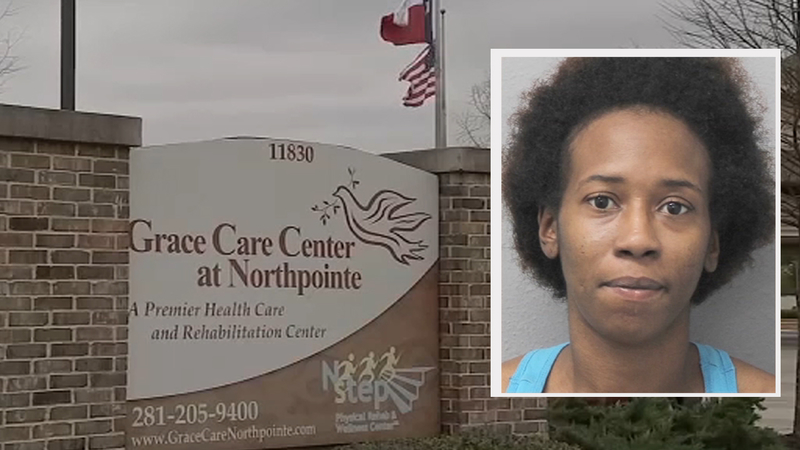 TOMBALL, Texas (KTRK) -- A daughter suspecting foul play at her mother's nursing home set up hidden cameras, which led to the arrest of one of her caretakers.

Tracy Thompson was heard verbally abusing the 93-year-old at Grace Care Center in Tomball. The daughter claims Thompson was hurting her mother and laughed about it.

"I'm having a hard time watching it ... things that was done to my mother," Merry West Teno told ABC13.

In the video, you can hear Teno's mother saying, "Get your hands off of me."

Teno decided to secretly place a hidden camera in the nursing home after her mother said someone was hurting her.

Teno said she showed the video to the nursing home back in October, and Thompson was fired.

She then showed it to police, who launched an investigation, but it wasn't until now that Thompson was charged with injury to the elderly.

Thompson appeared in court on Jan. 28 after getting arrested and has since bonded out. She has been told not to have any contact with the victim.
Thompson is due back in court on Feb. 13.

Teno said she decided to share the video in the first place because she believes there may be other victims.

"It was so many different things that happened from her putting my mom's feces in her mouth to her taking her leg and bending it all the way up as far as she could toward her face," Teno described. "I pray that she stays put away for a long time, somewhere where she doesn't have to be bothered with any human being."

We reached out to Grace Care Center but are still waiting on a response.

A Florida daycare worker has been charged with child abuse after she was caught on camera tossing around the children she was supposed to be caring for, police said.