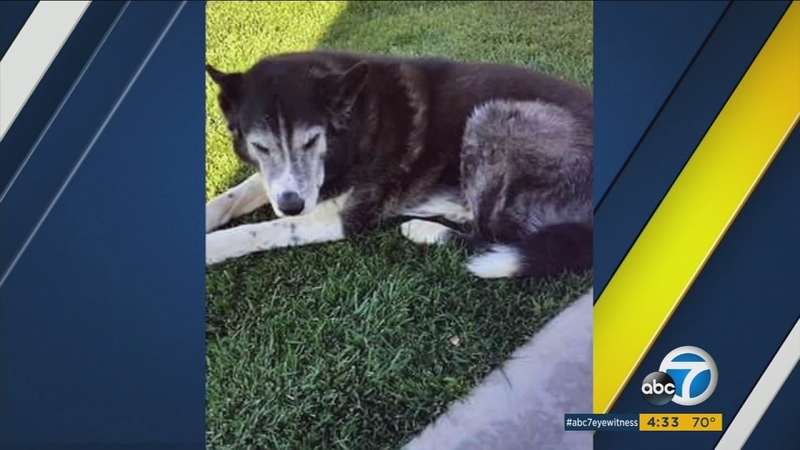 HESPERIA, CA -- Deputies were responding to a domestic disturbance call in California when they said a dog approached them aggressively.

Deputies shot and killed the dog, but later realized they had responded to the wrong home.

The San Bernardino County Sheriff's Department said the deputies were responding to a call, but said the caller gave dispatch incorrect information about the home.

Deputies said the caller, who asked that his name not be used, told dispatchers the home was to the left of his. But then somehow deputies ended up at his neighbor's home on the right.

They were met by two small dogs and a larger one - an 11-year-old husky mix named Buddy.

"A couple of small dogs ran out, barked at them, followed by a much larger dog who barked aggressively and charged toward the deputies," Lt. Brad Toms with the San Bernardino County Sheriff's Department said.

The sheriff's department said the deputy who fired his weapon acted in self-defense, which they said was supported by the audio recording from the deputy's belt recorder.

Buddy's owner, Debra Blackmore, wants to know why more wasn't done to try to save her beloved dog.

"I don't understand why the cops, when they knew they were at the wrong house and shot my dog, why didn't they rush him to the emergency?" Blackmore asked.

The sheriff's department stated deputies offered to help take Buddy to the veterinarian, but the family said it came with a big price tag and decided to take Buddy themselves.