KGO
By by Carlos Saucedo 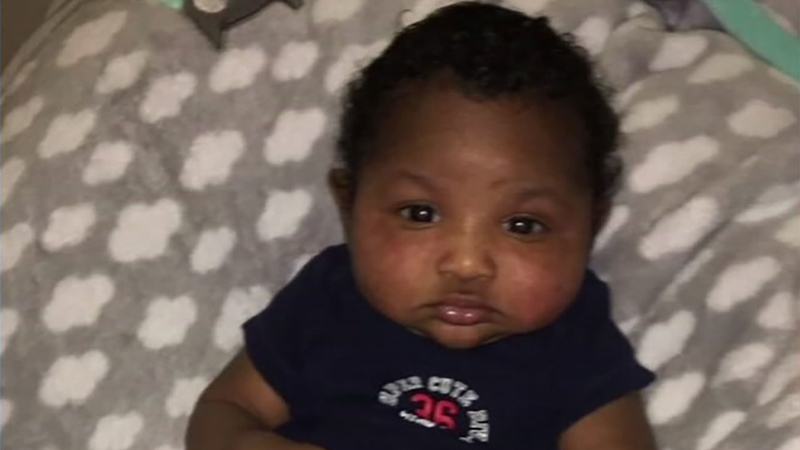 OAKLAND, California -- Kingston Holmes, just 6 months old, has been at UCSF Benioff Children's Hospital in Oakland, on a breathing machine since last month. The infant suffered a severe brain injury from cardiac arrest while at home on Aug. 5.

His parents said the child was perfectly healthy right before the incident.

Parents of 6-month-old Kingston Holmes say the baby is in a coma at @UCSFBenioffOAK fighting for his life. They say time is running out before the hospital shuts off his breathing machine on Monday. The parents final plea tonight at 11pm @abc7newsbayarea pic.twitter.com/tO0Ca7EVPi

"I think that my son deserves a fighting chance because he is in fact improving," said mom Cresha, who did not want to give her last name.

The family has been praying for a miracle but time is running out.

"They just dropped this bomb on us and we have to move forward," said dad Peter Holmes.

On Friday, doctors gave them a letter stating "his breathing machines will be turned off on Monday, September 17 at 1pm" due to irreversible brain injury.

"We're not going to let them take him off the ventilator when he still has life in his body," Holmes said.

The family said they'll continue to fight until the end, but their options are limited.

"I'll have to have either a lawyer, a second opinion or a new facility to transfer him to," Holmes said. "I don't know how I'm supposed to find that over the weekend."

ABC7 News reached out to the hospital for comment but have yet to hear back.

The letter said hospital staff notified the parents about this pending decision well in advance.