By by Abby Livingston, The Texas Tribune 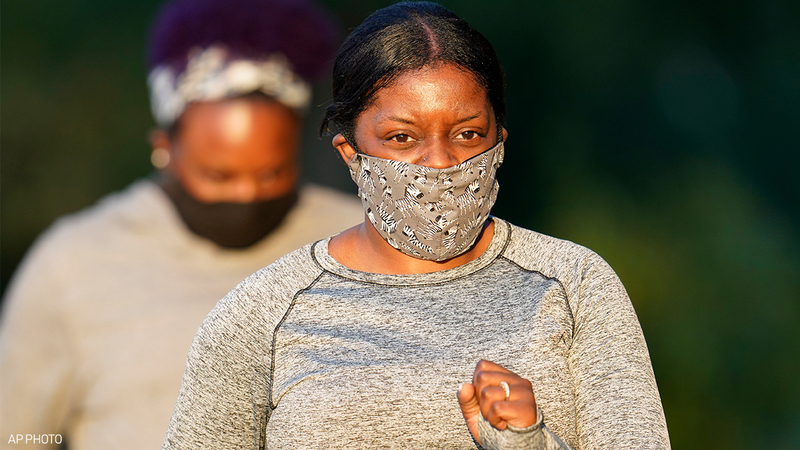 AUSTIN, Texas -- The Austin city council passed a resolution Thursday allowing for a fine of up to $2,000 for anyone violating a 'health authority rule' like not wearing mask.

The resolution was supported by Gov. Gregg Abbott, "As you know, these orders were created and adopted based on advice from medical experts, and if these orders are followed, we will be able to protect both public health and the livelihoods of our citizens," he said.

The resolution also allows the city to take "civil action against any person who maintains a business or site that does not comply with minimum health standards."

The vote came as news that COVID-19 transmission may be slowing in the capital city, KXAN-TV reported. UT Austin professor Ancel Meyers told council members the promising news, but said the capital city wasn't out of danger yet.

(1/2) @UTAustin’s Prof. Ancel Meyers explains to Austin’s council that recently modelers are seeing evidence that as of a couple weeks ago the transmission of COVID-19 may be slowing in Austin pic.twitter.com/7K8RI1aggq

Late last week, Abbott ordered Texans who live in counties with more than 20 active coronavirus cases to wear face coverings over the nose and mouth while in businesses or other buildings open to the public, as well as outdoor public spaces, whenever social distancing is not possible - with some exceptions.

"Local officials do need to step up and enforce these executive orders, knowing that the executive orders that have been issued were intended to slow the spread ... without having to close down," Abbott said.

"The last thing that we can and should do is to close down," he added. "It's my understanding the mayor has made clear that he understands that any attempt to close businesses back down into a lockdown or a stay-at-home standard would be in contradiction of my executive order. And so all that they are contemplating doing, as I understand it, is making sure that they do enforce the existing executive order standards."

The American-Statesman also reported Wednesday that city officials are keeping the option of enforcing a local shelter-in-place order. That order would also allow only employees of essential businesses to go to work.
Asked if he would support such a move, Abbott said, "If it's something people want to do, but not as a mandate. I've been clear, and that is that people should still have the freedom to go about their typical job.

"Let me emphasize this because it apparently needs to be made even more clear. The thing about people wearing face masks, and the reason why I issued the face mask requirement, is that if everyone does wear a face mask, everyone can go into work wherever they may work.

"Our goal is to not have any type of shutdown policy, any type of stay-at-home policy, is to make sure people can engage economically while also slowing the spread," he added.