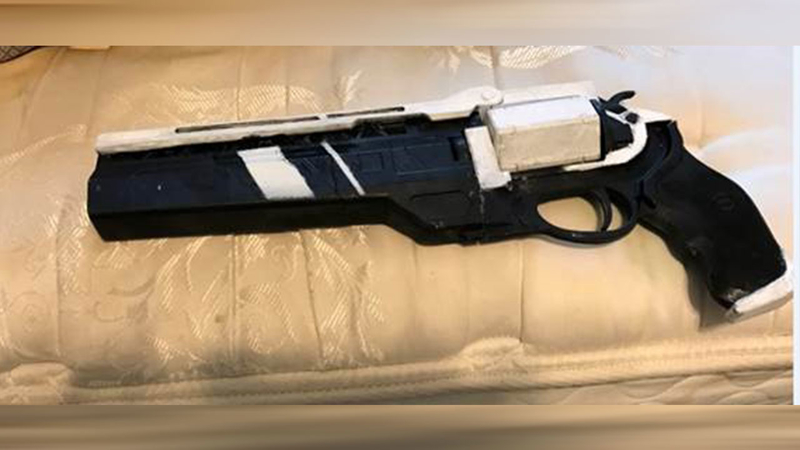 KATY, Texas (KTRK) -- Sheriff's deputies say a 14-year-old Katy student is in custody after making a terroristic threat with a 3-D gun he had printed at a friend's house.

The student is accused of texting photos of the gun to another student at Harmony School and telling him or her not to attend classes.

Fort Bend County Sheriff's Office said the student was taken into custody after his friend told school officials about the threat.

Deputies said they found the printed 3-D gun inside the child's bedroom after his parents consented to a search of their home.

Investigators learned the student bought plans for $5 to make the 3-D gun, and then superglued the pieces together.

The sheriff's office said the gun was not functional, however, because the trigger and hammer are solid plastic and do not move.

Texas man sentenced to 8 years in prison for 3D gun, had hit list of lawmakers