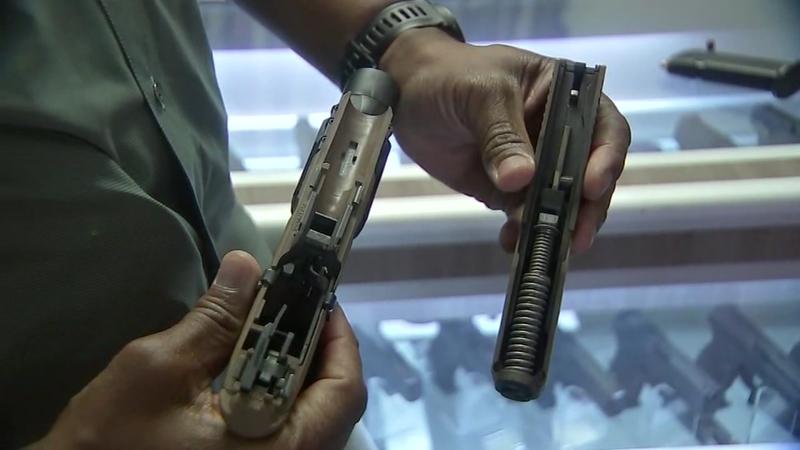 An Austin man has reached an agreement with the federal government to allow him to upload plans for 3D printable guns to be posted online.

The agreement goes into effect Aug. 1.

The settlement comes as a result of a lawsuit filed by Cody Wilson, who posted plans for a 3D printable gun back in 2013.

During the Obama administration, Wilson was locked in a battle with the government, who did not want the plans to be available online, arguing it violated arms trafficking regulations.

As a result of the settlement under the Trump administration, Wilson can now post the plans online and it also exempts him from export restrictions.

However, plenty of Houstonians had things to say.

"I think once (the gun) is finished it would be the dangerous part of it," said Turney, who worries about them getting into the wrong hands. "They're not hard to make on 3D printers, you just need the right files."

Licensed firearms instructor, Paul White, says he is concerned about inexperienced people printing guns with no supervision and little practice.

"If the guns are not made to spec, you're going to have people making 3D guns at home, injuring themselves," said White who spent two decades in the military and in law enforcement. "If they decide to sell those guns to others, now you're looking at other issues."

Houston Police Officers' Union says it worries that current laws has not kept up with the technology.

"Obviously we are concerned with people being able to download the plans and just like anything else, we need to make sure there are laws in place so criminals can't get their hands on these blueprints," said Joe Gamaldi, President of the HPOU. "We can't have convicted felons downloading these plans, and printing guns without serial numbers, even it is just a one shot gun, they need to make sure it's governed properly so it doesn't fall into the wrong hands."

For now it looks like there will be no restrictions once the plans are uploaded online.
Report a correction or typo
Related topics:
societygun safetygun control3d printinggun lawsu.s. & worldsettlementguns
Copyright © 2021 KTRK-TV. All Rights Reserved.
More Videos
From CNN Newsource affiliates
TOP STORIES