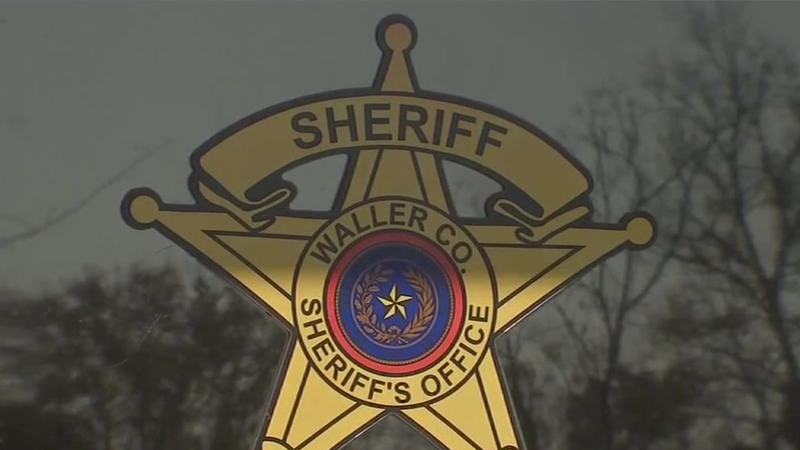 HOUSTON (KTRK) -- A total of 10 guns are in the hands of criminals after they were stolen from the vehicles of Waller County officials Saturday morning.

Waller County Sheriff Glenn Smith and Waller County Precinct 4 Commissioner Justin Beckendorff were having lunch at Salt Grass Steakhouse along Katy Freeway Saturday when a thief broke into their trucks and stole a total of 10 guns.

"You can see where the screwdriver hit and kind of chipped the paint," Beckendorff said.

Beckendorff said he didn't notice his truck had been broken into until later Saturday evening. He said he had just gone Christmas shopping for his daughter, and the Christmas presents were still in the backseat. His two handguns, though, were missing.

"This seat cover's got two built in concealed carry pouches," he said. "They were both sitting in here, and both gone."

Waller County Sheriff Glenn Smith declined an on-camera interview with Eyewitness News but explained over the phone that he did not call 911 from the restaurant parking lot. He said his most pressing concern was to get the serial numbers of the missing weapons from his office in Waller County and register them as stolen quickly.

One of the guns stolen from Sheriff Smith is a German sub-machine gun developed and manufactured by Heckler & Koch. The gun is so deadly, it is banned in several states, except for use by law enforcement.

Crime Stoppers is offering a $1,000 dollar reward for information on the theft of these guns. Anyone with information should call 713-521-4600.