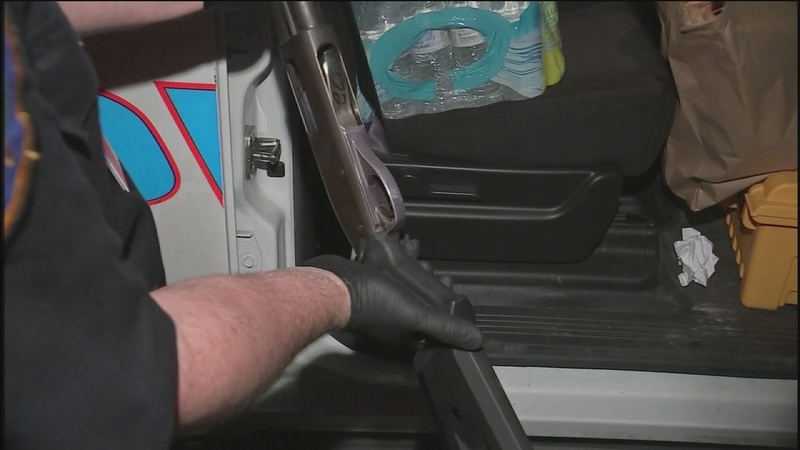 HOUSTON (KTRK) -- One of two suspects who attempted to break into a north Houston gun store ended up dead when the store's owner opened fire with a shotgun, HPD officers tell Eyewitness News.

It happened at Class 3 Weapons in the 6200 block of North Shepherd.

Police say the two suspects began breaking into the store and did not realize the owner was still there. When he spotted the suspects, he opened fire with his shotgun, killing of the two suspects. The other suspect ran off and is still on the loose.

Police are currently questioning the owner and have not said if he'll face any charges.

Police did not give a description of the missing suspect.