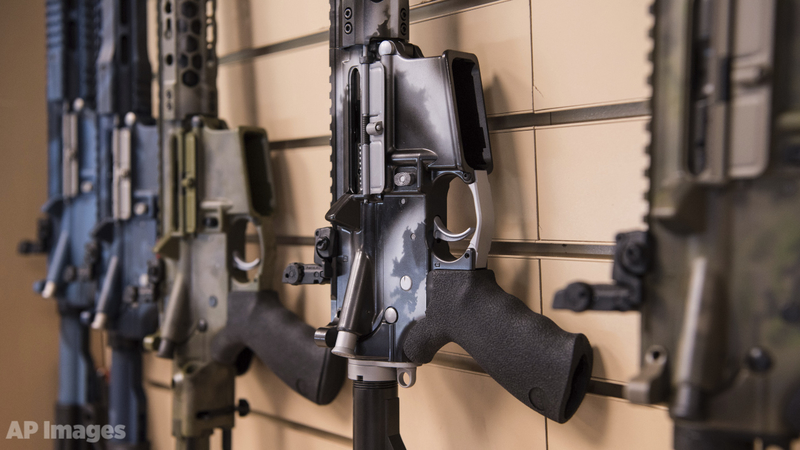 AUSTIN, Texas (KTRK) -- Starting in September, Texans' gun rights will be expanded to teachers, church goers, and people suffering in a natural disaster.

Soon, schools will be able to add more armed marshals. Teachers with a license will also be able to bring their gun.

They can't bring their gun in the classroom, but can in the parking lot, as long as it's out-of-view.

"I can't say that I've ever met a teacher that I felt comfortable with them having a gun," Houston resident Nicholas Brown said.

Legislators also expanded some foster parents' gun rights. Soon, they'll be able to possess weapons, as long as they are secured.

"I particularly flinch at the thought of firearms near children," Houston resident Rebecca Wells said.

A new law also impacts churches. In September, any place of worship must have a sign, or people will be able to carry on property, an expansion of rights Top Gun employees have been getting ready for.

Harrison said the new laws aren't making it easier for people to get guns, but giving owners more rights, including one that'll impact people the next time a hurricane rolls through.

This new law allows handgun owners without a license to carry for a week after a natural disaster is declared.

"I evacuated during Hurricane Rita, and I was on the 59 corridor that had lots of violence and shootings and stuff," Harrison recalled. "I was not licensed at the time, so I had no way of defending myself."

Another new law keeps landlords from not allowing rental tenants to have guns in their apartments.

Harrison says no matter if you're a new gun owner or an experienced one, new laws are a good example of why people should take courses to educate themselves on safety and weapon changes.