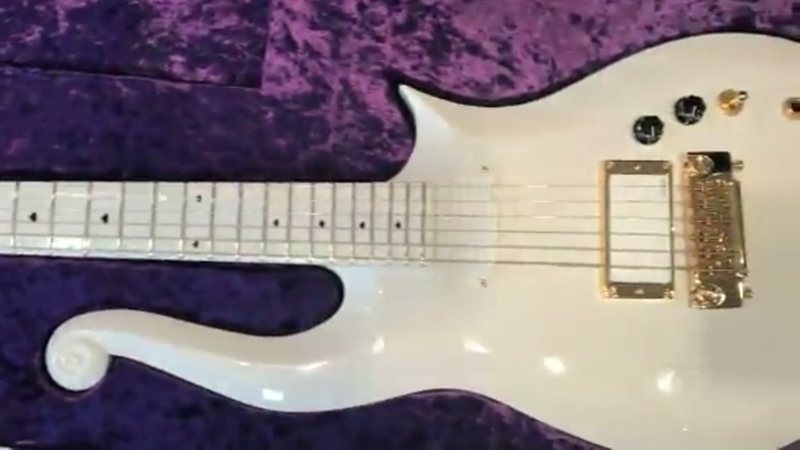 Prince's estate wants the designer of the artist's signature cloud guitar to stop making them for other people.

MINNEAPOLIS, Minnesota -- When you think of legendary performer Prince, you probably picture him holding a guitar.

The guitar most synonymous with the singer is the iconic cloud guitar.

The custom ax was designed and built by a Minneapolis man named Dave Rusan.

He says people started asking him for replicas of that signature guitar after Prince died in 2016, so he trademarked the design and started making more of them.

But now, Paisley Park, the name of Prince's estate, is demanding he stop.

"I feel it's kind of a David and Goliath thing. I'm all alone here trying to make these for fans and enjoy doing it. It's like my legacy. It would feel real bad, yeah," Rusan said