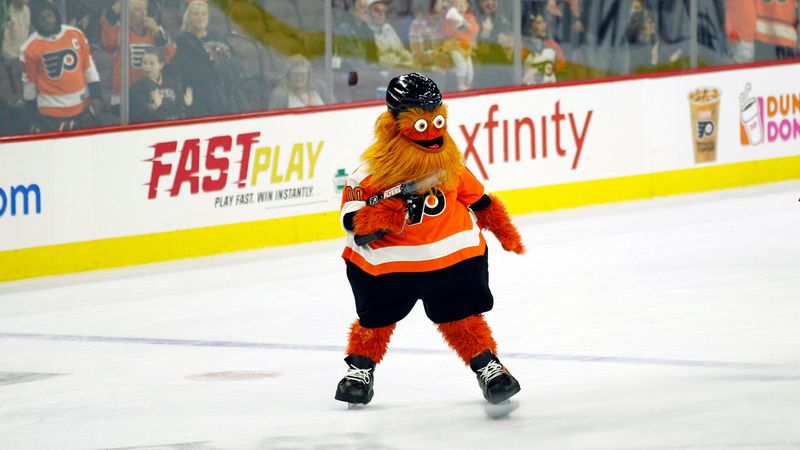 PHILADELPHIA -- The Philadelphia Flyers' beloved mascot Gritty is under fire for allegedly assaulting a 13-year-old boy during a photo shoot, according to police.

Philadelphia police said Wednesday that they are investigating the alleged physical assault, which happened in November 2019 at the Wells Fargo Center.

Dad Chris Greenwell said that his son tapped the mascot's head after the photo, which prompted Gritty to lunge out of his chair and punch the boy in the back.

The family said the teen was hit so hard that he required medical attention.