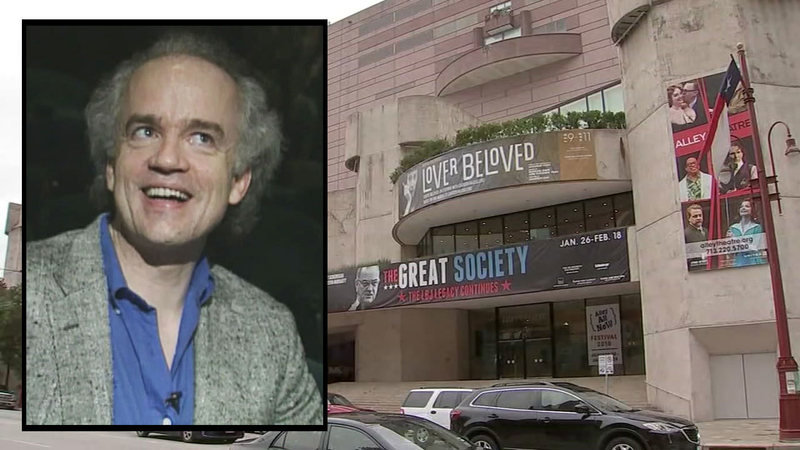 HOUSTON, Texas (KTRK) -- Long-time Alley Theatre artistic director Gregory Boyd is stepping down after 28 years with the company, but many are wondering why he left so quickly.

However, many current and former employees of Alley Theatre were not so shocked.

When Natalie Arneson first began acting in Alley's production of "A Christmas Carol," she was just a Houston high school student. Even then, she remembers a very clear message from others who worked at the theater: that Boyd would be difficult to work with.

"I started working at the Alley when I was 16," said Arneson, from her current home in New York. "I was told from the get go."

Arneson says she took that advice seriously, and Boyd was never a director in any of the productions she was cast in at the Alley.

On Tuesday, Alley Theater issued a statement that said, "Boyd had planned to announce his retirement in the Fall of 2017 but decided to put his plans on hold following Hurricane Harvey to assist with the Theatre's recovery efforts."

All say they believe his sudden departure is related to his behavior over 28 years at the theater. Blair Gulledge worked for years in the costume department at the theater. She called from Seattle to tell us what she saw.

"As brilliant as he could be, it would seem to be such torture for so many people," recalled Gulledge, who worked and dressed many of the actors. "We would have people that would break down in the fitting rooms and cry."

Eyewitness News visited the Alley's offices today. We also contacted the Alley's managing director, board members, and media representatives. So far, none have addressed the concerns raised by a long list of current and former employees.

Despite their concerns, actors we talked to overwhelmingly supported the Alley Theatre as a company. All voiced hope that theater can move forward in a positive manner with a new artistic director.

"I hope they hire someone who will foster a safe and supportive environment, because the Alley company has a lot to offer, it's a wonderful place to work," said Arneson.