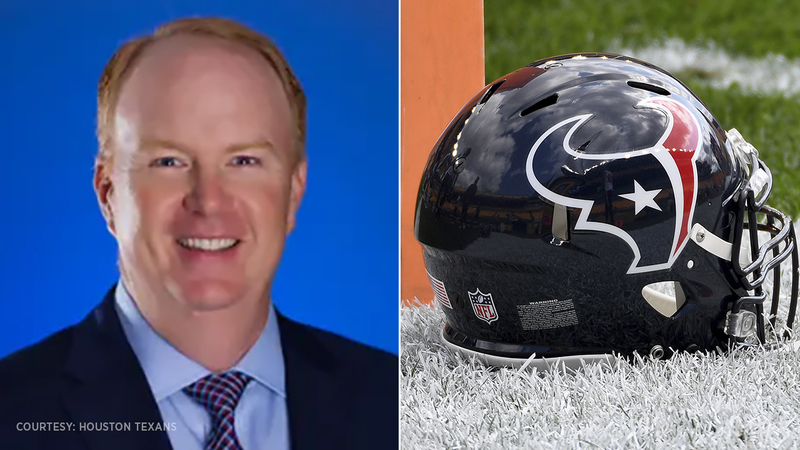 HOUSTON, Texas (KTRK) -- A month after seeing their team president of more than 20 years depart, the Houston Texans is tapping a front office executive who has been with the team from the inaugural season to succeed him.

Greg Grissom, the senior vice president of corporate development who stepped in as interim Texans team president last month, is being promoted to the position permanently. It's a role that will see him dictate the business aspects of the NFL club.

Grissom officially succeeds Jamey Rootes, who held that role from 2000 until February 2021.

In the video, ABC13's Greg Bailey explains Jamey Rootes' legacy as he leaves the Houston Texans after 20 years with the team.

"Greg's extensive industry knowledge is evident by the meaningful relationships he continues to develop with our partners, our community and Texans teammates," said team chairman and CEO Cal McNair. "While going through the interview process, Greg's intentional, forward-thinking approach showed an authenticity and commitment to championship-caliber excellence that made him the ideal choice to take on this role."

Grissom, a native of Austin and a Baylor University alum, first started with the Texans' business operations staff as corporate sales manager during their 2002 inaugural season.

He rose through the ranks of the front office, promoted to director and vice president roles in the corporate development area. His latest role as senior VP came in April 2017.

Grissom's previous experience includes stints with the Houston Astros and Enron as a sports marketing specialist.

The Texans saw Rootes resign last month to "pursue his interests as a writer, public speaker, consultant and professor at the University of Houston."

Grissom's promotion marks the latest shuffle in the ever-changing makeup of the Texans franchise. In this offseason already, the Texans hired a new head coach and a new general manager, but said goodbye to J.J. Watt. In the middle of all this, the team is grappling twice over with issues involving star quarterback Deshaun Watson - the QB's trade request and the civil lawsuits filed against him.