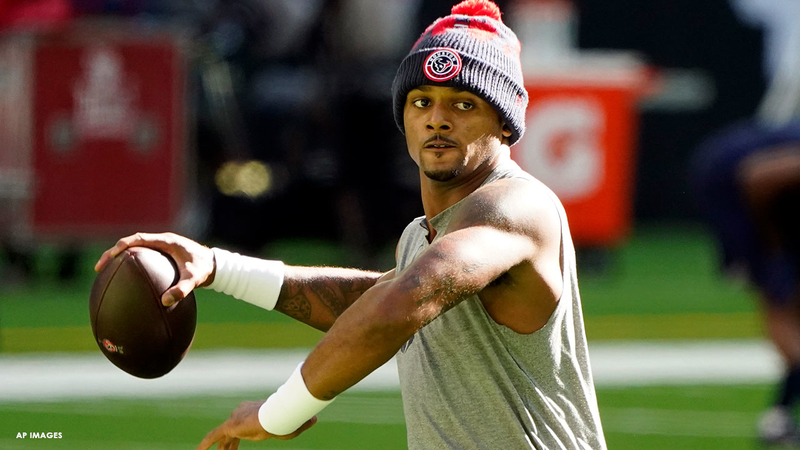 Watson made the request to the team weeks ago, sources told ESPN.

The Texans' new head coaching hire, David Culley, has not and will not alter Watson's thinking, sources told ESPN.

Watson, who signed a four-year, $156 million contract extension in September, is under contract through the 2025 season. He has a no-trade inclusion in his contract, but given the length of his contract and the possibility of franchise-tagging him for three years, the Texans could choose not to trade him and would have control of his rights through the 2028 season.

The trade request comes after Watson was reportedly unhappy with the process used by the team to hire Caserio in early January.

If the Texans choose not to trade Watson, he could opt to not report to mandatory team activities or training camp, but at a cost. Houston can fine Watson $95,877 for missing minicamp and can fine him $50,000 per day for each day of training camp missed, plus one week's salary -- $620,000 -- for each preseason game missed. In the unlikely scenario that Watson chooses to retire, the Texans can collect $21.6 million.

After Watson signed his contract extension last year, he was emotional as he discussed how happy he was to commit to the franchise and the city.

"It's just an amazing moment for me to be able to extend my career in a location, in a place, in a home, I would say, that my family loves, that I love," Watson said in September. "I want to continue to dive into the community most of all and just continue to build my legacy, just build our legacy as a whole and do something that we've never done before."

The quarterback's best individual season came in a season where the team went 4-12 and fired head coach and general manager Bill O'Brien after an 0-4 start.

Watson is currently the NFL's all-time leader in completion percentage behind New Orleans Saints quarterback Drew Brees. In 2020, he became just the 11th player in NFL history to complete at least 70% of his passes in a single season.

MORE STORIES ON THE WATSON SAGA