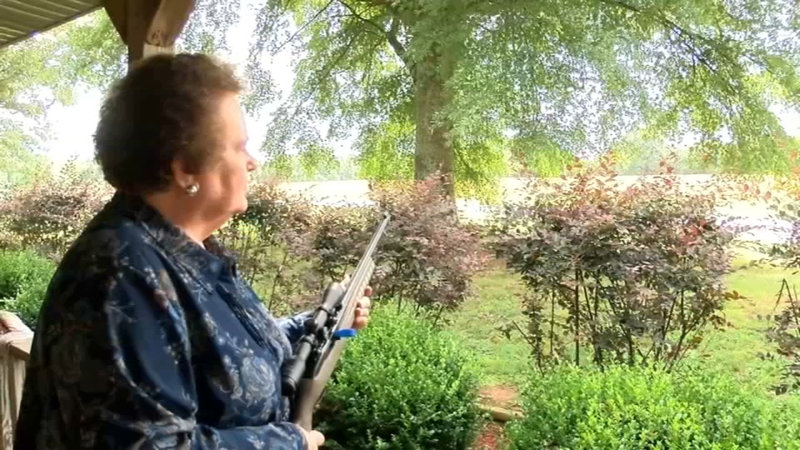 LIMESTONE COUNTY, Alabama -- A 75-year-old grandmother grabbed her rifle and showed a chase suspect who showed up at her door she meant business.

Marcia Black says when she noticed a man walking on her property Monday, she grabbed her rifle and told her grandchildren to call 911.

Black says as she went on her porch, the man, identified as Cameron Powers, kept slowly walking closer.

It turns out Powers had been on the run for hours after crashing a stolen car near Black's home, authorities say.

Black continued to talk to the man from her front porch all while holding her rifle.

"I was just calm as could be. I knew what I was doing. I was in control," she explained.

But at one point Powers got a little too close, and that's when she fired off a few warning shots.

"I wanted to keep him at a distance. I didn't intend to kill him. I just wanted him to think that I would shoot him," she said.

Black told WAAY she reacted that way because two of her grandchildren were inside watching after calling police.

"He wouldn't get down, so I shot in the air, and he realized I meant business, so he got down on his knees," Black said.

Powers ran off but deputies arrested him a short time later and booked him into jail.

Gun-toting grandma shoots at man trying to break inside home

SEE ALSO: 'I warned him' Grandma shoots partially-exposed man trying to get into her home
EMBED More News Videos

A grandmother shot a suspect police say was exposing himself.