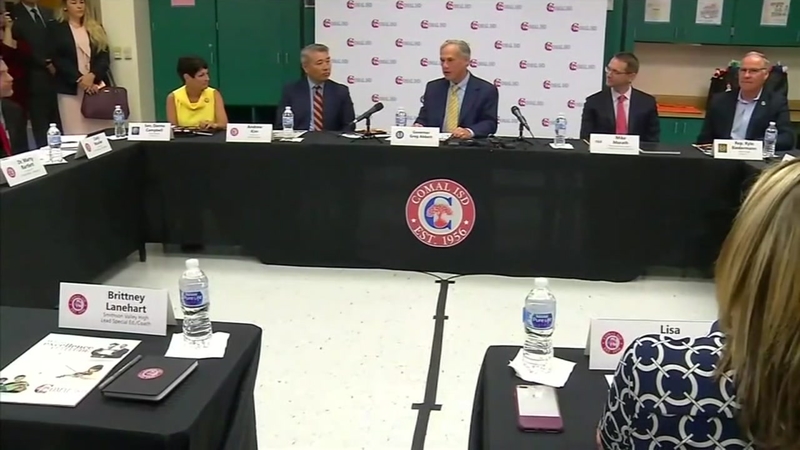 Could Texas teachers soon be on their way to a six-figure salary?

Governor Greg Abbott is on a roundtable tour around the state, talking to educators about the idea of putting the best teachers on the path to earning more than $100,000 a year.

The idea is to keep talented teachers in the classroom by giving them more money.

Abbott says the plan would allow districts flexibility to determine who gets the biggest paychecks. He also adds the money will not come from an increase in property taxes.

"We want to structure a compensation plan that will put the very best educators on a pathway to earning a six-figure salary," Abbott said.

It will be up to the legislature to determine how to fund the raises.

The issue of teacher pay is very much on the minds of local educators.

In Houston ISD, the board turned down a proposal to freeze teacher salaries. Instead, teachers will still receive their step pay increases.

The step plan increases their pay based on their years of experience.

According to the Texas Education Agency, the minimum salary for Texas teachers with no experience is $28,000. Teachers with five years of experience get close to $33,000. After 10 years, the pay is only bumped up to $38,000.

"Being an educator is a calling, however, we want to advance that calling into a profession," the governor said.

Along with salaries, some teachers say retirement and healthcare should also be a priority.

Abbott plans to hold more roundtable discussions to get input on the best way to reward teachers and bring more of them on board.

He says he is leaving it up to the legislature to figure out how to make it happen but he suggests it would not mean an increase in property taxes.