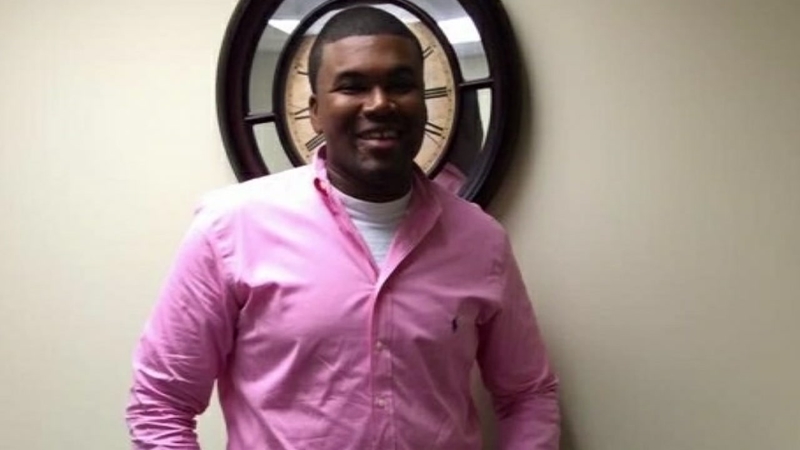 The story of how Glenn "Bam Bam" Sanco lived out the final hours of his life has been shared hundreds of times, and is giving comfort to his grieving widow.

"He had my back and I always had his. He loved these kids," said Ebony Sanco, wife of the former council member and tow truck driver.

Sanco loved to help others and did just that on Dec. 27.

Texas Department of Public Safety trooper Justin Michael wrote that he was in the midst of a chaotic traffic stop when Sanco just showed up.

"The traffic stop got somewhat crazy as I had two people out of the vehicle. Out of nowhere a tow truck driver came over to the scene because he heard the chaos and he wanted to make sure I was good. After that me and the tow truck driver traded crazy stories and spoke for about 15 minutes about life. The tow truck driver gave me his business card and told me I can call him any time of the day or Night. He stated 'Ask for Bam-Bam.' I too gave him my information and we briefly traded text," Michael wrote.

A few hours later, Sanco would again help a state trooper at a different traffic stop during a stop for an incident near FM 521 near Trammel-Fresno Road. During that incident, a suspect got away from troopers. Sanco, nearby in his tow truck, jumped into action.

"The suspect ran in the direction of the tow truck driver. The suspect was ultimately tackled and held down until the other troopers could place him in custody," Michael said.

Moments later, however, tragedy struck. Sanco collapsed. Troopers administered CPR, but he died shortly thereafter at a local hospital. It is suspected he died of a massive heart attack.

"He was an angel. We were living with an angel and we didn't even know," said Chloe Sanco, his sister.

Family members say Sanco always wanted to be a police officer, but the responsibilities of providing for his family kept him from returning to school. He died helping law enforcement.

"Anything he could do for anyone, he would do. People could call him any time of night, and he would get up and help them. He's just a good person. He was the best person I known," said Ebony.

It's a feeling echoed at Arcola City Hall, where Sanco served two terms as a member of the city council.

"He was a guy in the community everybody knew," said current Arcola mayor, Fred Burton. "Very easy to like in the community. He had no enemies, you can't find a negative word about Bam Bam."

In a Facebook post, the trooper shared some kind words about Sanco. The post said, "The last two things he did on this earth was help me that morning and my coworker that afternoon. That will never go unnoticed, and I promise to pay it forward each day I live."

"I can read that story to them," says Ebony, who plans to share her husband's heroic actions with their two young kids. "Let them know that dad was a hero. The same way he's a hero to us, he went out that day and did it."

Sanco's funeral is Saturday. There is a GoFundMe account set up for his kids.