Glass company gives each employee a gun for Christmas 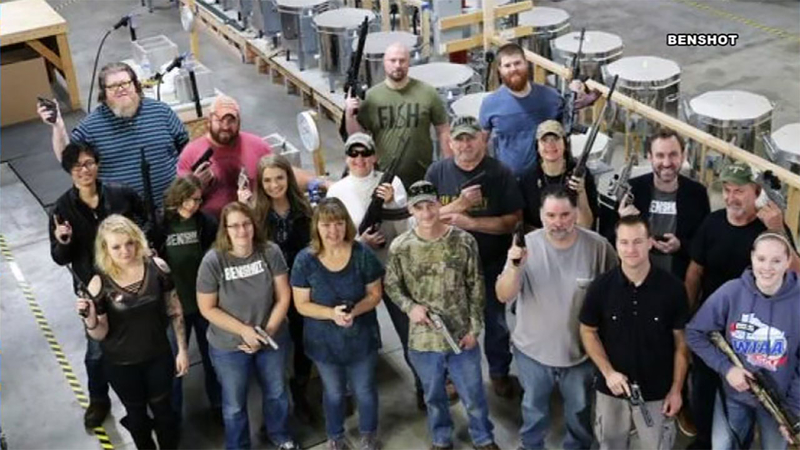 HORTONVILLE, Wisconsin -- A Wisconsin company is giving employees revolvers for Christmas in what it says is an effort to promote personal safety and team building.

Ben Wolfgram is co-owner of Hortonville-based BenShot. The company makes novelty glassware embedded with a bullet to make it look like it's been shot.

Wolfgram has 16 full-time employees, some of whom have never fired a gun. He says most workers were excited. At least two initially declined the guns but are considering accepting them after taking a gun-safety course that executives required.

Employee Chelsea Priest of Green Bay tells the Appleton Post-Crescent that she believes the gift will empower her and help keep her safe.

Wolfgram says he's not worried about workplace violence. He says he will have an armed staff, which he called "pretty good."

An Indiana photographer is defending a photo based on the popular film "A Christmas Story" after some people suggested it was inappropriate.