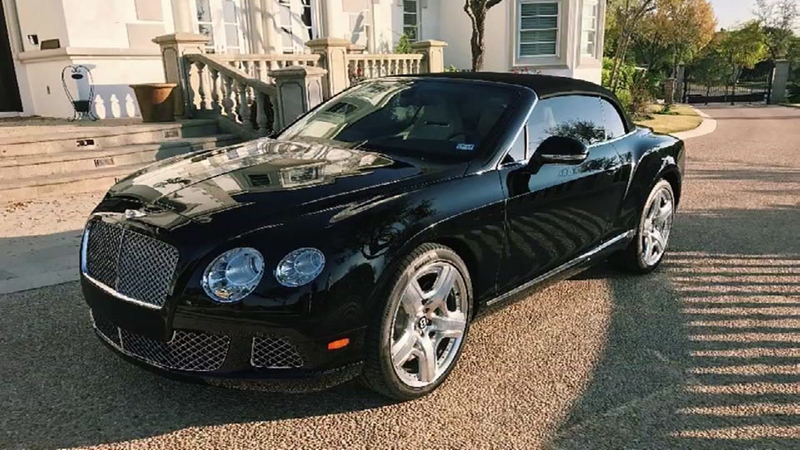 SAN ANTONIO, Texas (KTRK) -- You can be the king or queen of the road if you buy the car previously owned by the king of country music George Strait.

Strait's luxurious car is currently selling for $159,000 making one fact abundantly clear -- this cowboy rides away -- in style.

The 12-cylinder convertible only has just under 13,000 miles and comes with cream colored leather seats, navigation, and multi-zone climate control just to name a few of its features.

PHOTO: Get a glimpse inside of the Bentley Continental previously owned by George Strait


Rolando Cisneros, the current seller of the vehicle, is the country music star's neighbor in San Antonio.

Cisneros purchased the car from Strait a few years ago for just under $200,000.

The Autotrader description assures buyers not only of its excellent condition, but that it's the "perfect first car." The car's listing has been viewed over 40,000 times so far.

Strait signed the owner's manual for Cisneros, his San Antonio neighbor. He also offered to sign the dash, but Cisneros decided to pass on that.

If you're interested in snagging the country music king's old ride, you might want to act fast because according to Cisneros, his phone has been ringing off the hook.