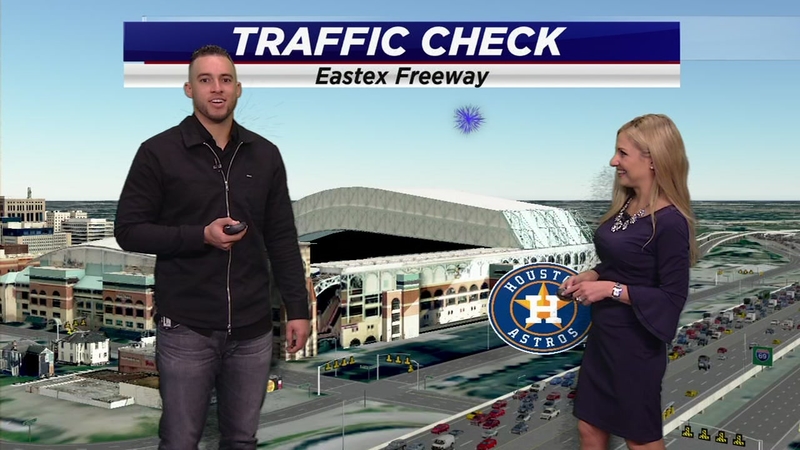 The MVP stopped by the ABC13 studios for a sit-down interview with sports reporter Bob Slovak, then he joined Katherine Whaley for some traffic updates.

"I feel like traffic just becomes a part of who you are," he said. "You just expect it and go with it."

Springer talked about how several players were almost late to the World Series victory parade because of traffic.

George Springer sits down with ABC13 sports reporter Bob Slovak to talk about life as a champion and how he's giving back to the community.

Recently, Houston Texans defensive star J.J. Watt commented on how bad traffic was one day saying it was "on another level."

Houston traffic is on another level today