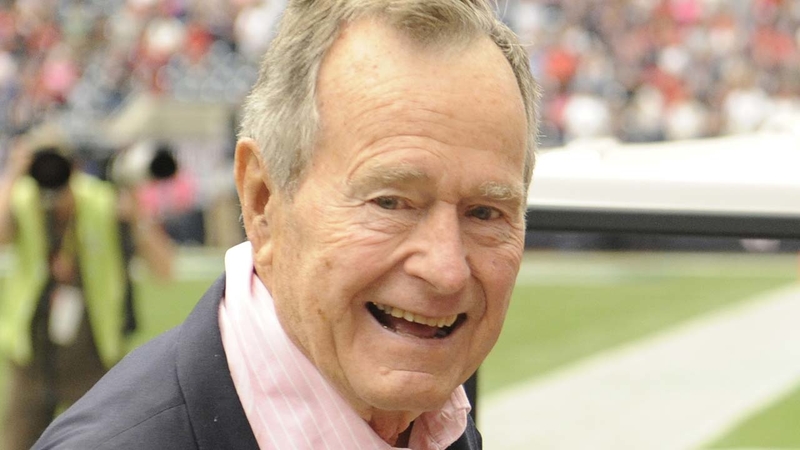 Bush 41 ready to cheer on the Astros

Bush's spokesperson, Jim McGrath, announced the 41st president returned to Houston on Friday after a "very special summer in Maine surrounded by his big, loving family."

McGrath said the president is thrilled to see the Astros take on the Red Sox on Saturday in Game 1 of the ALCS.

He also said Houston's most famous resident is also looking for some good Tex-Mex, stat.

After a very special summer in Maine surrounded by his big, loving family, the 41st President today arrived back home in Houston and is preparing to launch Operation Shock and Awe @Astros fortified in the near future by some proper #TexMex.