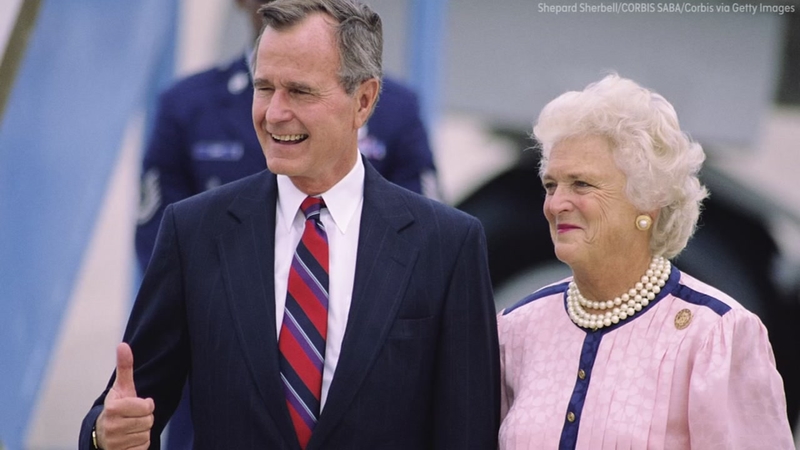 Editor's Note: This story was published for George H.W. and Barbara Bush's anniversary. Barbara passed away one year ago on April 17, 2018. George died seven months later, on Nov. 30, 2018.

They are the longest-married couple in presidential history and if you need evidence that true love exists, look no further than George H.W. and Barbara Bush.

The couple celebrated their 73rd wedding anniversary in January. After a long-distance courtship, the two wed on Jan. 6, 1945. The lovebirds met at a dance in 1941 when George H.W. Bush was 16 years old and Barbara was home from boarding school during a holiday break. They were engaged right before he was shipped overseas as a naval pilot during World War II and married in Rye, N.Y.

RELATED: George H.W. Bush's love letter to Barbara proves love is as strong as ever

President Bush and Barbara sat down with Barbara Walters on Jan. 20, 1989 before they moved into the White House.

In a candid interview, Walters asked them to describe each other.

Bush requested a plain gravestone with his Navy number on it and a quote dedicated to his late wife- "He loved Barbara very much." Their love was a fairy tale love story until the very end.