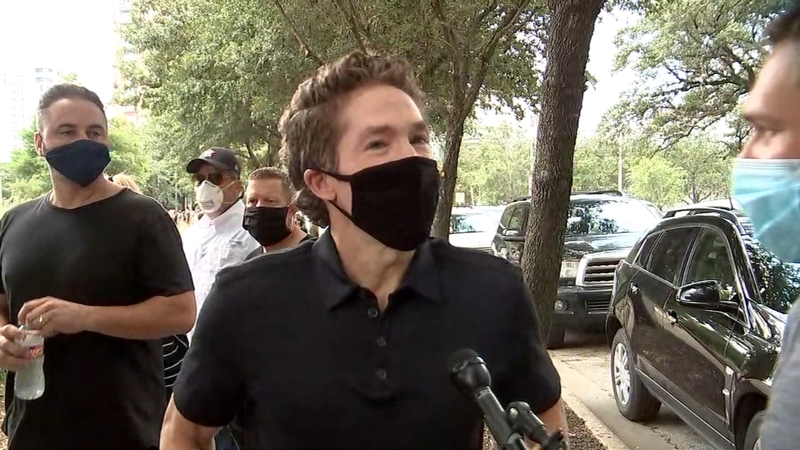 The Lakewood Church pastor delivered a prayer before the march from Discovery Green to City Hall on Tuesday.

"We need to stand against injustice and stand with our black brothers and sisters," Osteen said.