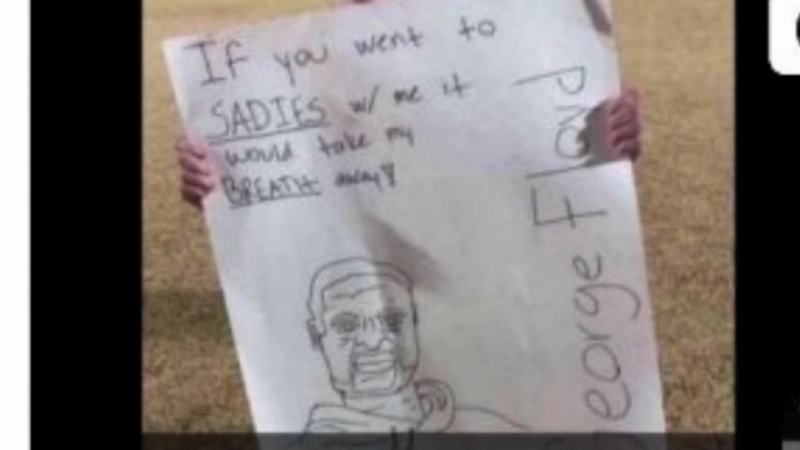 LAS VEGAS, Nev. -- A Las Vegas school district is investigating a student's use of a racially charged drawing for a school dance invitation.

A student was photographed holding a sign and smiling in what appears to be a high school sports field.

On the sign was an image of George Floyd and the words, "If you went to Sadie's with me, it would take my breath away."

In May 2020, Floyd pleaded for air for several minutes while white officer Derek Chauvin, now charged with murder, pressed his knee on his neck.

"We were outraged, you know, I felt very, I was angry and I was saddened and, of course, because the parents are sending information over and we're getting volunteers to help to say hey, alert, alert, this is happening, right? Is a really difficult pill to swallow we have to digest this every time something like this happens," said Jshauntae Marshall.

Marshall, the co-founder of No Racism in Schools, said there is zero tolerance for racism, and ignorance is not an excuse.

The Anti-Defamation League also agreed that education is an essential to avoiding more situations like this one.

Clark County School District school officials said they are aware of the incident and promised to take action.