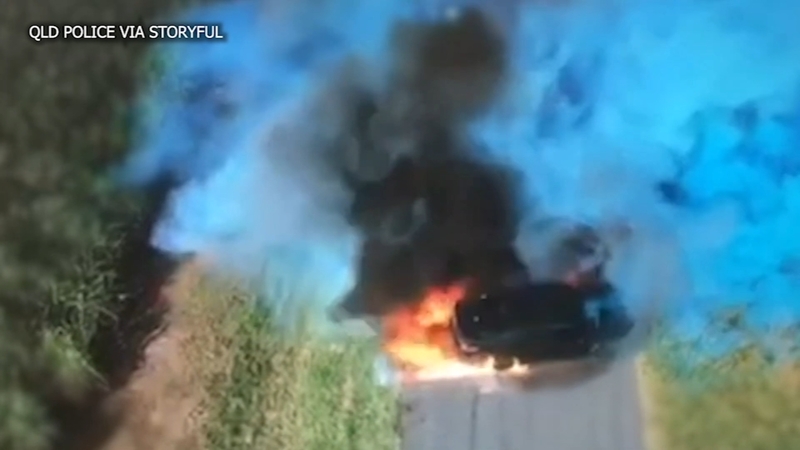 QUEENSLAND, Australia -- Oh boy! A gender reveal went horribly wrong and it was all caught on video.

A driver was performing a burnout, spinning the wheels of a car to create smoke, as part of the gender reveal.

In the drone video, you can see that blue smoke starts to spew from the car to show the baby will be a boy. The driver goes down the road for about 300 feet when flames shoot out from under the car.

Queensland police have released the video of the man's car bursting into flames to deter others from a similar disaster.

The 29-year-old driver wasn't hurt, but he was charged with dangerous operation of a motor vehicle.