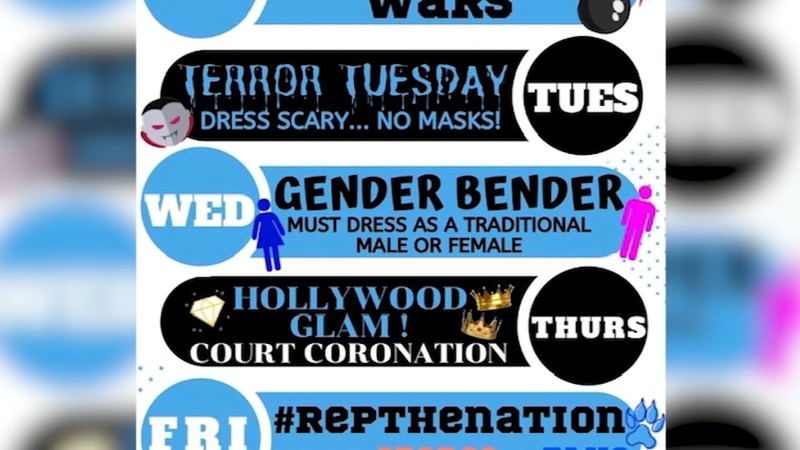 Valentina Graham was one of the first parents to sound off.

Like many high schools across the country, Reid Cross Classical is celebrating their homecoming with Spirit Week but Graham believes Gender-Bender day crosses the line.

"I accept any child that chooses to cross=dress but for a public institution to promote cross-dressing, that's unacceptable to me," said Graham.

Other parents weren't concerned at all.

LGBTQ advocates took issue with the theme for different reasons, including insensitivity.

"It's more so saying that people only express gender through dressing," said Kori Hennessey with the LGBT Center of Raleigh.

Additionally, Hennessey says it hinders students who identify as transgender or gender non-conforming who still struggle to be accepted.

"I'm sure there's students within this school that deal with some of these things, the mental issues and things like that and societal pressures telling them they have to be a certain way," said Hennessey.

Cumberland County Schools says they've been doing spirit week for years and that a theme of this nature was never chosen to offend. The student government association that came up with the themes decided to cancel Gender-Bender day.