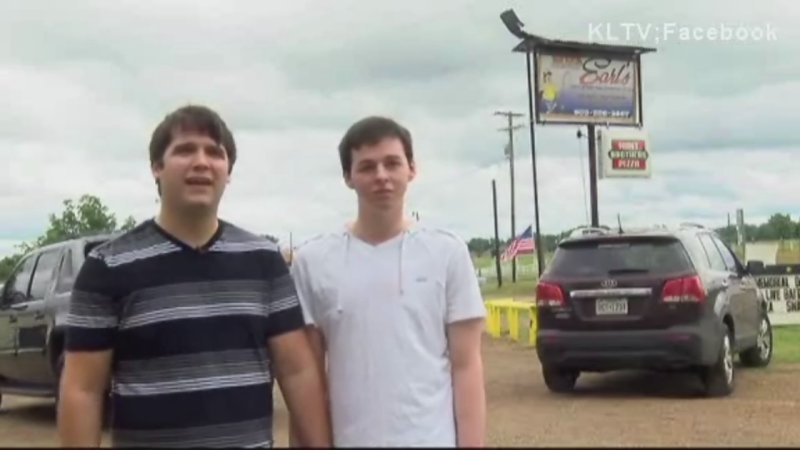 Gay couple kicked out of restaurant

PITTSBURG, TX (KTRK) -- A gay couple is upset after being kicked out of a diner in east Texas by a waitress who used a nasty slur against them.

Collin Dewberry and Kelly Williams say they had already paid when a waitress at Earl's Diner told them they were violating the restaurant's code of conduct. The code says, "Where men act like men, women act like ladies. No saggy pants."

They aren't sure what they did.

The restaurant owner says the men's legs were touching. The waitress used the slur when telling them to leave.