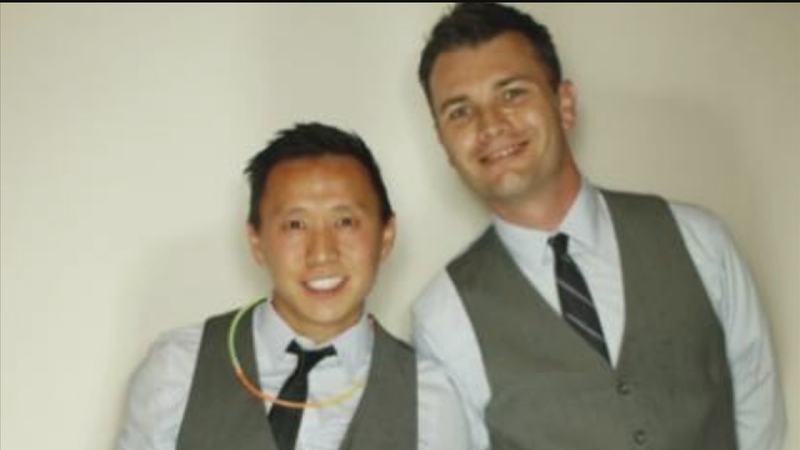 HOUSTON (KTRK) -- The popular home renting website has banned a user after allegations surfaced that she kicked a gay couple out of the home she rented to them through the site last weekend.

"We like bed and breakfast," said Jonathan Wang. "This home was very gorgeous."

Wang said he fell in love with the Galveston home rental and quickly booked a two-night stay at about $140 a night. He said he and his partner Brent were in Galveston for a friend's wedding.

"We went in and took a tour of the house on our own. Everything looked really nice," said Wang.

After unpacking their bags and heading to the wedding reception, they returned to the bed and breakfast and began speaking to the owner.

"Heather asked me, where my wife was. Who is this person? I said it was my significant other Brent. She said I thought you were bringing a wife. I said I didn't say that specifically. I said is that going to be OK? She said. It's not," said Wang.

Wang said the hosts told them to get out. He said he began packing his things.

"She also commented while we were going upstairs that was their bedroom upstairs so they were even more uncomfortable with it," said Wang.

A short time later, Wang said he found himself out on the street with nowhere else to go. He said it was late Friday night and every hotel he called was booked.

"Everyone was full for the weekend," said Wang.

Wang, a commercial airline pilot by trade, said he called in a favor and got a place for the night. He showed us the AirBNB listing, and a tiny mention from the hosts on the home description that reads "straight friendly."

We asked if she rents to gay couples. Heather responded, "That's none of your business. That's my private home."

"We have a zero tolerance policy for discrimination on Airbnb. The host in question has been removed from the site. Airbnb has clear guidelines that a host or a guest may not promote hate or bigotry."