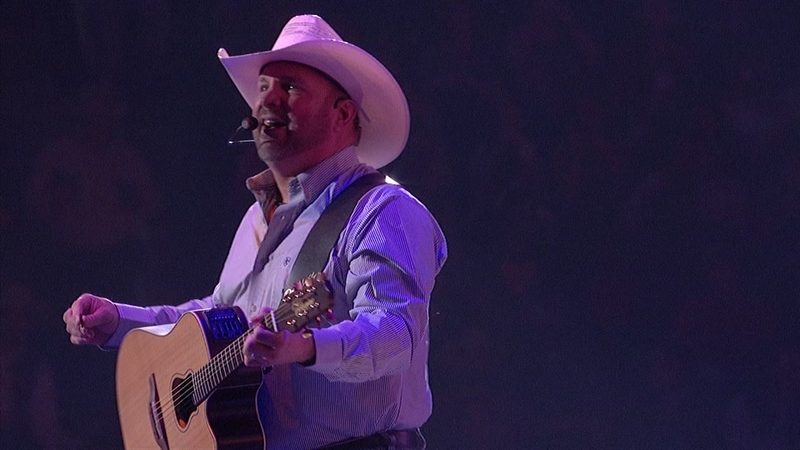 In all, 75,577 Garth Brooks fans set him over the top to help him become the new record holder for Sunday's concert.

Between both of Garth's shows on Feb. 27 and March 18, more than 150,000 flocked to NRG Stadium to see the artist's triumphant return to the rodeo.

Garth says if he's healthy enough, "God willing," he will be back for RodeoHouston's 100th Anniversary.

.@garthbrooks closes out #RODEOHOUSTON 2018 with a new No. 1 paid rodeo/concert attendance record: 75,577. What a night! pic.twitter.com/3VevXNsuVS

Some people waited up to an hour to get inside of NRG Stadium to see Garth Brooks kick off RodeoHouston.