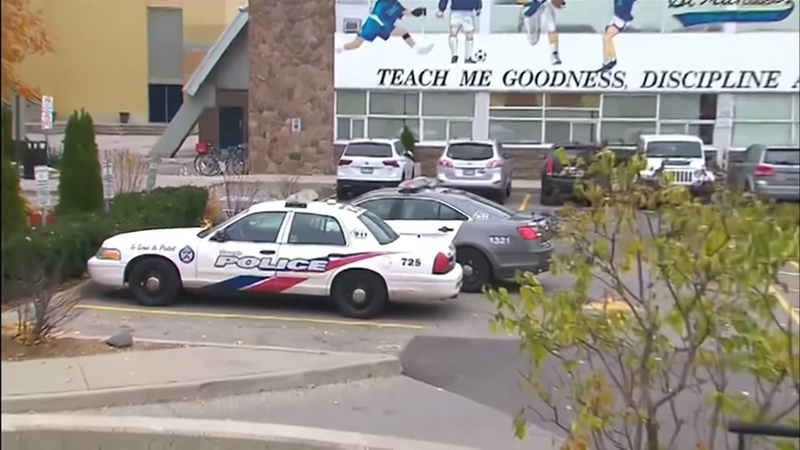 TORONTO, Canada -- Police arrested six students from a prestigious private all-boys Catholic school in Toronto on Monday and charged them with sexual assault related to a video that was posted on the internet.

Toronto Police Inspector Dominic Sinopoli said the teens, who are all 14 and 15, are from St. Michael's College and were charged with assault, gang sexual assault and sexual assault with a weapon.

The high school is known for its sports programs and has produced many National Hockey League players over the years.

Sinopoli said the school failed to notify police immediately and police became aware of the sexual assault through the media. Police are investigating at least three other hazing incidents, including another alleged sexual assault.

Those arrested are young offenders and cannot be named. They appeared in court Monday and received bail.

St. Michael's has expelled eight students and suspended another in connection with at least two other incidents that allegedly took place on campus and were captured on video.

The school's principal, Greg Reeves, defended his decision to tell police about the sexual assault two days after he found about it. He said his priority was to help the alleged victim inform his family about the incident.

"These incidents are clearly indicative we have a problem. We need to do much better at our culture and our student's ability to talk to us," Reeves said.

On Sunday, the school said it was conducting an independent examination into the "underlying attitudes and behaviors" that it said were inconsistent with the school's culture.

Sinopoli said five of the students who appeared in court Monday turned themselves in and another was arrested while heading to school. He said several videos are being circulated.