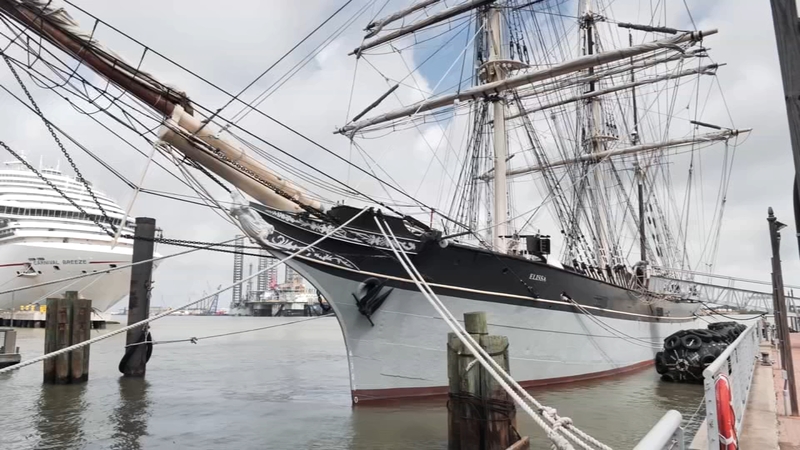 Travel back in time on the 1877 Tall Ship ELISSA

Sailors interested in being on board a historic sailing ship that is nearly 150 years old can get the chance in Galveston this summer.

Sail training is being offered on the ELISSA ship, which is from 1877, starting in mid-August and wrapping up in April 2022, according to a July media release from the Galveston Historical Foundation. A free introductory meeting is taking place July 31 at 1 p.m. at the Galveston Historic Seaport on Galveston's Pier 22, which is on Harborside Drive between 21st and 22nd streets, per the release.

RELATED: Travel back in time on the 1877 Tall Ship ELISSA

ELISSA was originally a 19th-century British cargo ship, specializing in calling at smaller ports of the Caribbean and the Gulf of Mexico, per the release. The ship loaded cotton at Galveston twice. This local connection, and the authenticity of the ship's iron hull, led the historical foundation to purchase the vessel-then a cut-down motorship-and undertake its restoration.

Today, ELISSA is one of just three pre-20th century sailing vessels in the world that have been restored to full sailing capacity, per the release. Designated by the National Park Service as a National Historic Landmark, ELISSA was named the "Official Tall Ship of Texas" in a resolution signed by former Gov. Rick Perry in 2005.

The July 31 program for interested crew will last until 5 p.m. and include a social hour with complimentary beverages. Attendees are asked to bring a refillable water bottle, sunscreen and hat, and to wear close-toed shoes.

Those who participate in the free ELISSA Sail Training program will learn ancient skills and techniques on maintaining a square-rigged sailing ship, per the release. Volunteers will learn to climb ELISSA's rigging, set and furl sails and maintain the machinery made of wood, wire and rope. These tasks are not suited for those with a fear of heights: The ship's main mast is 99 feet above deck, per the release.

After completing the Saturday classes and contributing the required hours of work on the ship's upkeep, participants are eligible to take ELISSA to sea. Full details and a class schedule can be found here.