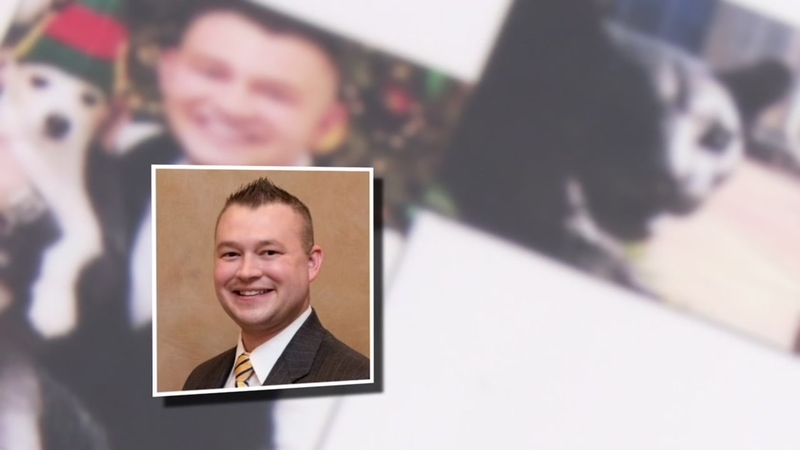 GALVESTON, TX (KTRK) -- Jesse Jacobs didn't want to go to jail, but when the 32-year-old pleaded guilty to a DWI earlier this year, he knew he would be spending some time behind bars.

On March 6, Jacobs entered the Galveston County Jail to spend 30 days behind bars as part of a plea deal. With good behavior and time served, he was only supposed to spend around 12 days in Jail. However, a week after he went in, Jacobs was dead.

"I'm angry," says Jacobs' father, also named Jesse. "Because as far as I'm concerned, they executed my son just as sure as if they put a gun to his head and pull the trigger."

Sitting down for their first on-camera interview, Jacobs father and mother Diane at times fought back tears. Both parents said their son has been prescribed Xanax for a decade to treat panic attacks. He has several other medical conditions, all well documented. The parents said their son worried even with medical prescriptions and notes from doctors, he would not get the needed medication behind bars.

"Our son was concerned that he was not going to receive his medication," remembered Diane Jacobs. "He told us, 'Mom what will happen, if I don't receive this?'"

On March 13, Jacobs suffered a seizure in jail. He was transported to UTMB in critical condition.

"Our son was hooked up to every kind of machine, and he wasn't there anymore," said Diane Jacobs, choking back tears.

Jacobs died a day later. The autopsy report says cause of death was a seizure disorder. His family says that was because the third party medical staff that operates within the Galveston County Jail refused to give Jacobs Xanax. They contend the withdrawal symptoms are what caused the seizures. But the Galveston County Sheriff says Jacobs' medical needs were evaluated by doctors at the jail.

"Whatever the doctor, the internal doctor said he was prescribed, was what he was given," said Sheriff Henry Trochesset. "Individuals come into the jail all the time. Some of them are taking medications that they shouldn't be, or they say they're suppose to be on certain medications."

The Sheriff says a third party vendor, who works inside the jail, hires doctors and medical staff to evaluate the inmates. The internal doctors decide what medications the inmates should receive.

In medical records released and obtained by Eyewitness News, it appears county jail doctors put Jacobs on a different medication. It was noted in his medical records that he was "detoxing" from Xanax.

Jacobs parents are extremely troubled by that finding. They contend their son had a legitimate prescription to Xanax, and without it, dire consequences could result.

"Are you satisfied that everything was by the book?" we asked the Sheriff.

"It appears that way," he answered.

Galveston County has refused to release any video of Jacobs while in Jail. There are also no intake records of Jacobs available, nor any other communications. The Galveston County Attorney says that's because the Jacobs' family attorney has sent a letter that is a precursor to a lawsuit.

Facing pending litigation, they are leaving all pertinent evidence related to his death to the discovery process.