KTRK
By Stefania Okolie and Jeff Ehling
SPRING, Texas (KTRK) -- The manhunt has ended for a murder suspect out of Mississippi after he was found dead inside a Spring-area apartment. 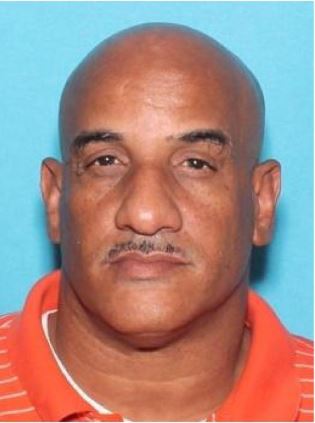 Bowers was wanted for homicide, aggravated kidnapping and aggravated domestic violence, according to the Montgomery County Sheriff's Office.

Authorities in Mississippi say Bowers was accused of kidnapping the mother of his children, then shooting a man she worked with multiple times.

After that incident, Bowers fled Mississippi, but he called a local ABC station in Biloxi to tell them he was only trying to get his kids and when he saw the other man, he "lost it."

He also claimed he was told he would never see his children again, before ending the call to the TV station promising he'd turn himself in.
Around midnight, authorities say the search for Bowers led them to Harmony Park Apartment Complex at 2625 Harmony Park Crossing. Montgomery County SWAT tried multiple times to contact a resident in one of the units on the third floor in the far end of the complex.

Just as they were trying to enter the apartment to check on the resident around 12:30 a.m. Friday, they heard three gun shots inside the unit.

Bowers' body was found along with the body of a man they believe lived in the apartment, John William Mohr, 52, originally of Midland, Texas. They don't believe the two men knew each other, nor do they believe Bowers knew anyone inside the apartment complex.
The manhunt began for Bowers around 6:40 p.m. Thursday, when members of the Gulf Coast Violent Offenders and Fugitive Task Force tried to stop him.

The Task Force says he pointed a gun at them and ran into the apartment complex where he was found dead.

Residents of the complex have been allowed back into their apartments.