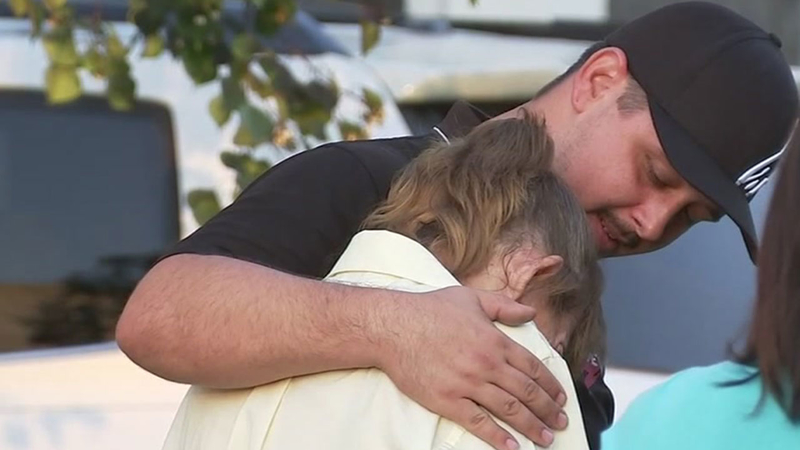 FREEPORT, TX (KTRK) -- For months, Todd Dahl has seen his new neighbor, but he's never actually met her until days ago when fate would force an intervention.

"I would've probably died," said Marie Boudreaux. "There was so much smoke, I picked up my phone and I thought I called 911, but I wasn't capable."

Boudreaux's home was on fire. And seconds after it started, her neighbor Todd Dahl and his friend Antonio Saldana just so happened to be driving by.

Dahl, 29, ran into the burning home. He said Boudreaux living room rug was on fire. She was passed out on the couch.

"I just yelled, 'Ma'am ma'am,'" Dahl said. "And I kind of shook her a little bit. And she kind of moaned. I picked her up. I just picked her up, carried her outside and set her down on the front porch."

Firefighters arrived and treated Boudreaux. On Tuesday, she was back home and had a chance to thank her heroes.

"She got to see another day because we just so happen to pass by," said Saldano, 20.