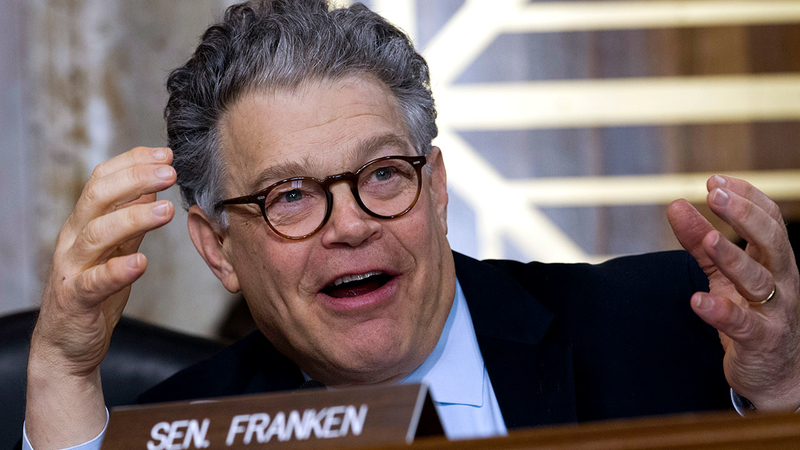 Sen. Kamala Harris among senators calling on Franken to resign

In a tweet on Wednesday, Sen. Ron Wyden of Oregon said: "I expect that Senator Franken will announce his resignation tomorrow." Wyden tweeted that "It is the right thing to do given this series of serious allegations."

Sen. Franken's support among his fellow Democrats is cratering as a host of female Democratic senators Wednesday called upon him to resign.

"I believe it would be better for our country if he sent a clear message that any kind of mistreatment of women in our society isn't acceptable by stepping aside to let someone else serve," Gillibrand said.

The demands came in rapid succession after Franken on Wednesday vehemently denied a new sexual misconduct accusation that came from a former Democratic congressional aide that he tried to forcibly kiss her after a taping of his radio show in 2006.

The Minnesota Democrat said in a statement that the allegation, reported by Politico, was "categorically not true."

The woman, who was not identified by name, said Franken pursued her after her boss had left and she was collecting her belongings. She said she ducked to avoid his lips, and that Franken told her: "It's my right as an entertainer."

Franken, in his statement, said the idea he would claim such conduct as a right as an entertainer was "preposterous."
But the tide quickly turned against Franken Wednesday morning. Fellow Democrats had previously been cautious and respected Franken's right to cooperate with an ethics probe. But the steady stream of allegations has female Democrats fed up.

"I'm shocked and appalled by Sen. Franken's behavior," Murray said. "It's clear to me that this has been a deeply harmful, persistent problem and a clear pattern over a long period of time. It's time for him to step aside."

A spokesman for Minority Leader Chuck Schumer, D-N.Y., had no immediate comment.

Franken already faced a Senate Ethics Committee investigation into previous claims by several other women that he groped them or sought to forcibly kiss them.

"This allegation is categorically not true and the idea that I would claim this as my right as an entertainer is preposterous," Franken said. "I look forward to fully cooperating with the ongoing ethics committee investigation."

The allegations against Franken began in mid-November when Los Angeles radio anchor Leeann Tweeden accused him of forcibly kissing her during a 2006 USO tour.