A walk down memory lane with Frankel's most popular, wild and detailed costumes 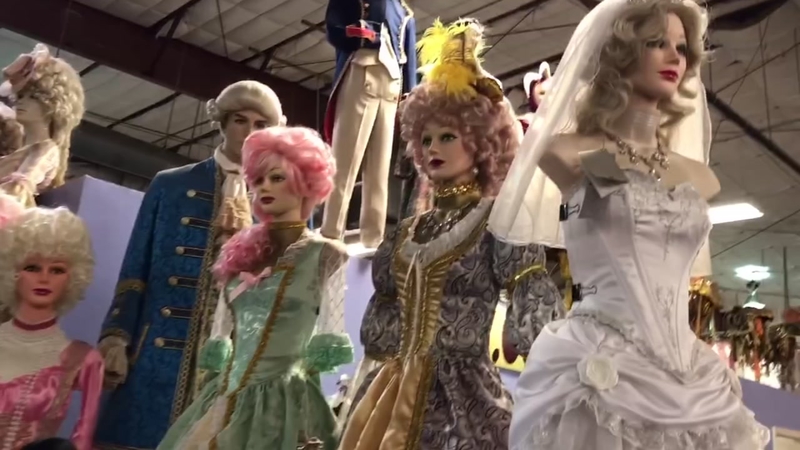 Most popular and detailed costumes at Frankel's

HOUSTON, Texas (KTRK) -- When you're looking for the best of the best in costumes, you think of Frankel's.

The costume company has been around for more than 60 years, and it has an inventory of more than 60,000 costumes in the 20,000 square feet showroom.

"Halloween costumes have never been so exciting, and we carry one of the largest assortments of costumes in the country," the website reads.

But it's more than just a place to grab a good Halloween costume. People turn to Frankel's to dress theatrical performers. And there's no shortage of masks, wigs, party supplies and decorations.

It actually started out as a magic store in downtown Houston in 1950. Morty Frankel, a business owner in Houston, wanted to create a place for people to buy, learn and be around all things magic.

Customers would be able to find a wide variety of items for tricks and illusions.

The magic shop later turned into the costume company icon that it is today after a customer requested a special outfit for a performance. Morty's wife, Leola, stepped in and created one for him. They soon began to get more requests and their costume inventory grew, so Leola continued to make more and more.

ABC13 takes you down memory lane after asking the Frankel family about some of their most popular, wild and detailed costumes ever worn.

Jason Frankel said many popular rentals were those from different time periods. He said Norse Barbarians, royalty, Roman characters and Elvis were some of the most elaborate ones.

"How about the wildest costumes?" we asked.

"By far the wildest and most unique ones were created for a musical called 'Carousel.' The costumes were very elaborate with beadwork and exotic fabrics," Jason said.

"The heads depict fanciful animals from a carousel made by hand from resins, gold leaf, feathers, jewels, metallic fibers and braided trim."

He said those were his family's favorite creations that they will keep in their personal collection.

As for the strangest request from a customer, Jason said a local news anchor wanted to be an oyster complete with a pearl.

"We obliged the request and still joke about it, " he said.

Recently, Frankel's announced it would be closing its doors permanently. This Halloween would be its last, saying they would close December 27.

And while they have never offered their costumes up for purchase in the past three generations, Frankel's is now allowing people to buy their favorite ones to keep for good.