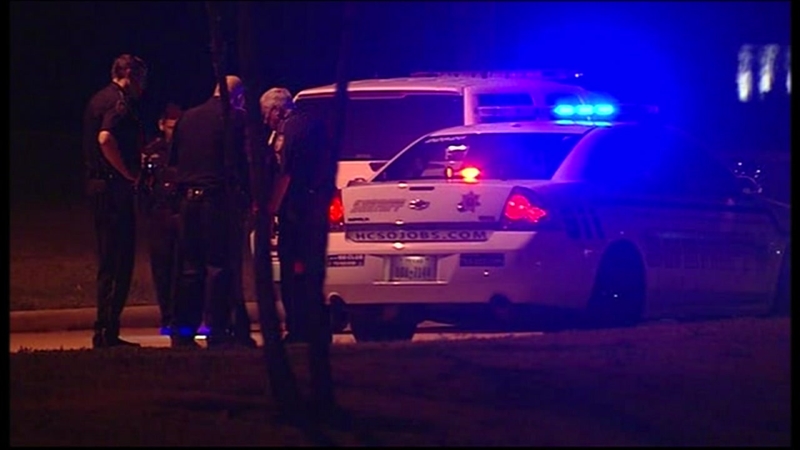 CYPRESS, Texas (KTRK) -- A foster mom says she is relieved after learning about the arrest of an alleged rapist.

"She had left, and I didn't know she had left," says the woman, who didn't want us to reveal her identity.

"I look for her and still did not find her," she said. "We drove up and down Spring Cypress."

Then, a phone call. A couple had found Anna, but she wasn't okay.

"She had been attacked, and I drove down there as fast as I could," she said.

The crime scene was in a wooded area along Spring Cypress Road. The woman said when she got to her daughter, she couldn't even recognize her.

"I didn't think I was going to see what I saw. She was bloody from head to toe, and she had no clothes on," she said.

Anna was shaking and brutally beaten, barely conscious, but had a good recollection of what happened to her.

"She said some guy came out with the handle of a hatchet and just started beating on her," her foster mother said.

Anna played dead. The man ran away thinking she was dead.

"When we got to the hospital, she was cut up, she had gashes in her head and they had to do stitches for the head," she said.

Sheriff's investigators said 24-year-old Levi Goss is the man who kidnapped, attacked and raped the then 16-year-old girl.

Records show Goss lived near the crime scene and later joined the Army, but was recently investigated for a separate sexual assault.

Detectives got a DNA hit, linking Goss back to Anna's case.

He's stationed at Fort Bragg, but will be brought back to Houston in the next 10 days to face the charges.

"For this person to do this to a child, he had to have been a monster," Anna's mom says. "He is evil, that is my opinion."

As for Anna, her foster mother tells me she struggled but worked hard to have a normal life. She even went on to college.

"It's a relief for me and it's a relief for her because I know she can have some closure to herself."
Report a correction or typo
Related topics:
cypressrapearrestsex assault
Copyright © 2021 KTRK-TV. All Rights Reserved.
TOP STORIES
Man killed inside East Harris County home in drive-by shooting
Funeral services to be held Monday for fallen HPD officer
Harris County sheriff's deputy hurt in crash involving horse
Man shot to death in 'jealous rage' shooting at SW Houston hotel
Another nice day, but change is on the way
Houston BBQ spot inks endorsement with UT football star
Abduction suspect dead in head-on crash, 7-year-old hospitalized
Show More
Tony Awards hope to be the jab Broadway needs
Victim of alligator attack during hurricane identified
Passenger in car dies after crash involving METRO bus, officials say
'Blue Mass' celebrated in honor of first responders
Officials investigate after Amtrak crash involving train from Chicago
More TOP STORIES News