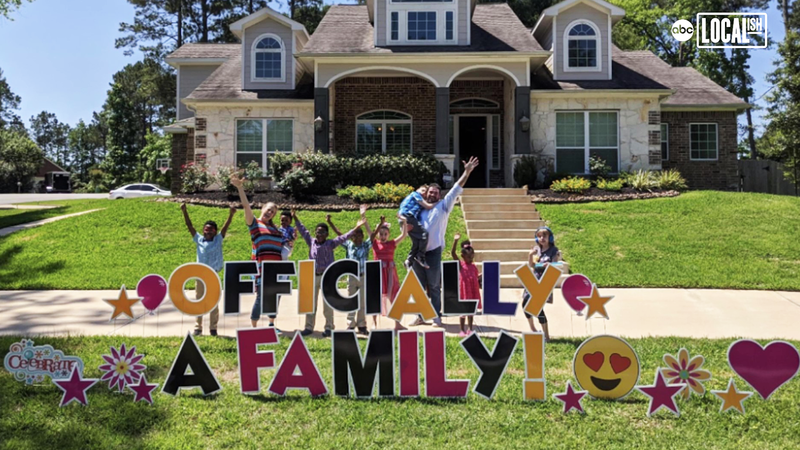 HOUSTON, Texas -- Andi and Thomas Bonura always knew they wanted a large family. After struggling to get pregnant and losing a child, they were able to have three kids of their own - Joey, Sadie and Daphne. But the Bonura family still had love to give.

The Houston, Texas family decided to foster a child and went through the long process to be approved with the DePelchin Children's Center.

A few months later, they were there when Bryson was born.

The couple then learned Bryson had four other siblings in the foster system and adopted him, Gabi, David, Carter and Thomas.

The adoption process was delayed because of the COVID-19 pandemic, but they officially became a family over a Zoom ceremony a few months ago.

The family of 10 is full of love and joy, and say they have everything they could ever want.

"We would rather live poor in a small house that was full of love, rather than a big, luxurious house, empty with no kids," Thomas said.