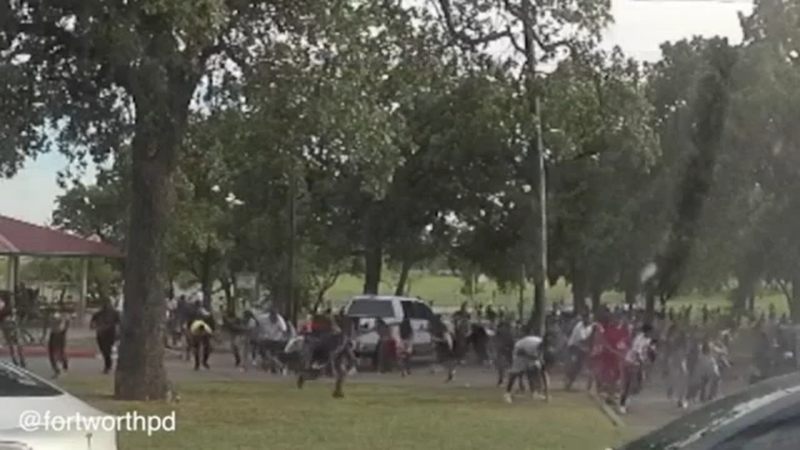 FORT WORTH, Texas -- Newly-released police video of a weekend shooting in a crowded north Texas park shows a chaotic scene as gunfire erupted and five people were left wounded.

A police statement Tuesday said about 400 people were gathered in Village Creek Park in southeastern Fort Worth about 5:30 p.m. Sunday, where they were riding all-terrain vehicles and drinking alcohol in violation of local ordinances. City officials had also discouraged such gatherings because of the coronavirus pandemic.

Police officers used patrol car loudspeakers and sirens to ask the crowd to disperse, with each request growing more urgent and demanding. The video then caught the sounds of numerous gunshots and showed the crowd scattering and fleeing as officers rushed to aid the wounded.

No arrests have been reported, and what prompted the shooting was not immediately known.