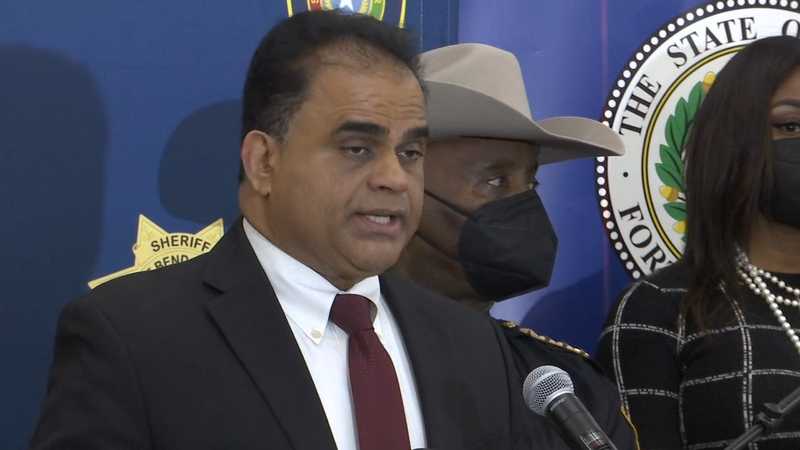 The county teamed up with technology company Axon to supply hundreds of bodycams to peace officers across the county, in addition to fleet cameras for vehicles and new tasers.

"We're all coming together with the same goals. Transparency for our citizens, safety for our officers who are patrolling the street, and this is the bottom line goal we are looking to accomplish," County Judge KP George said at a press conference Thursday.

You can watch the full press conference in the video player above.

The Fort Bend County commissioners unanimously approved a new bodycam policy in May of 2021, created to serve as a uniform guideline for all law enforcement agencies in the county.

Some agencies in Fort Bend County already had their own bodycam policies, but each with slight differences. The new guidelines will bring all departments under one document.

"It is about transparency. And ultimately, the goal of this policy is to improve officer safety, public transparency and accountability," George said.

The county bought 657 bodycams to outfit all law enforcement agencies, including 441 allocated specifically for the Fort Bend County Sheriff's Office.

George said the county will first focus on distributing the new equipment to FBCSO deputies, with a goal to have 50% of the department on the street with the bodycams in the next six to eight weeks.

There's no disagreement about the use of body cameras, but rather, on whether the policy should be set at the county level on how they're used. Here's what some leaders had to say.

The bodycam initiative has been a campaign promise of Sheriff Eric Fagan since he was first sworn in.

"Look, some situations you have in law enforcement, it's not all the time cordial. And you have different versions of the incident. With these body-worn cameras, we can see what actually happened," Fagan said. "This will save time, save money, and most importantly, might even save lives with these tasers."

Fagan said the new tasers feature a double shot, with an added switch that allows officers to cut off the current if the suspect is complying.

"We don't have to tase that person for a solid 45 seconds," Fagan said. "We can shut the power off if the suspect is compiling."

Fort Bend County attorney Bridgette Smith-Lawson noted that the cameras will offer better accountability for everyone involved. Instead of relying only on eyewitness testimony, officials will be able to see what actually happened.

"This is what Fort Bend County needs right now. In light of all the police shootings and the need for accountability from those who have done our law enforcement agencies wrong, we need this piece of evidence," Smith-Lawson said.

The bodycams come as part of a 10-year agreement with Axon, which includes upgrades at no additional cost.

The county plans to upgrade the cameras every 30 months and refresh the devices every five years, county IT director Robyn Doughtie said.

The footage from the new cameras will be uploaded to a cloud, with the ability to share between agencies and government offices when needed.