Florist forced out of business by chain of events 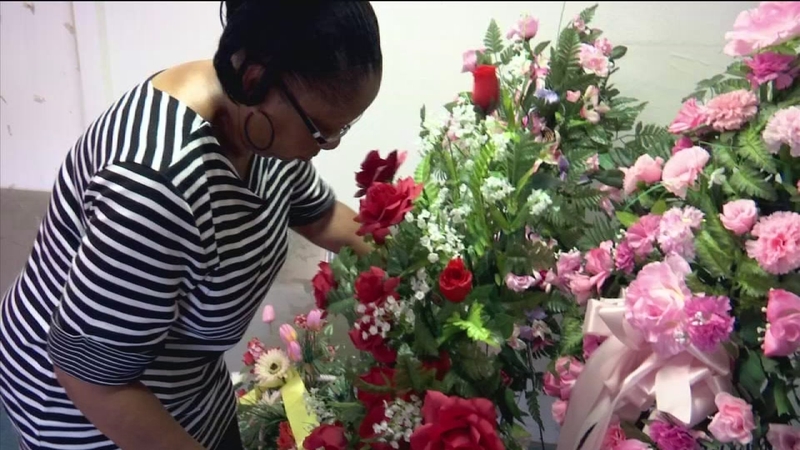 Florist forced out of business by thieves

HOUSTON (KTRK) -- A local florist says she's having to close up shop, through no fault of her own. It began with a car accident that smashed a hole in her small business. Then thieves cleaned her out.

Before Brenda West could even get to her flower shop to see the damage from the accident, those thieves had taken everything they could get their hands on: flowers, baskets, even costume jewelry.

The building wasn't insured, and now, she says that night has taken her livelihood.

"I'm in the process of closing it down now," West says.

One night in July, a car crashed through a wall in the back of Brenda's Boutique of Flowers.

"I know that when I got here the next day at noon, some of my items were missing," she says.

The damage left behind, too expensive for her to afford.

"No one said I'm sorry or can I help you board it up," she tells us.

According to the police report, the driver that crashed into Brenda West's building was trying to avoid an accident that started about a block away from her shop. It was a hit and run involving several cars. That driver told police that she jumped a curb, ended up in Brenda's building. And now Brenda says she can't get any help from that driver's insurance company.

"I did not have insurance at the time. That's why I was asking if that was the right information on the police report if they could help me through the insurance. They told me no I was responsible for it."

"Texas law is clear that cars that cause damage to other people or to other property are responsible for carrying insurance and for paying for damage to that person or that property," says attorney Scott Callahan.

He tells us that is not limited to cars, but can include buildings like Brenda's. But he says there's a takeaway for everyone in Brenda's story. "Maybe consider carrying a commercial policy if this sort of thing is foreseeable in the future."