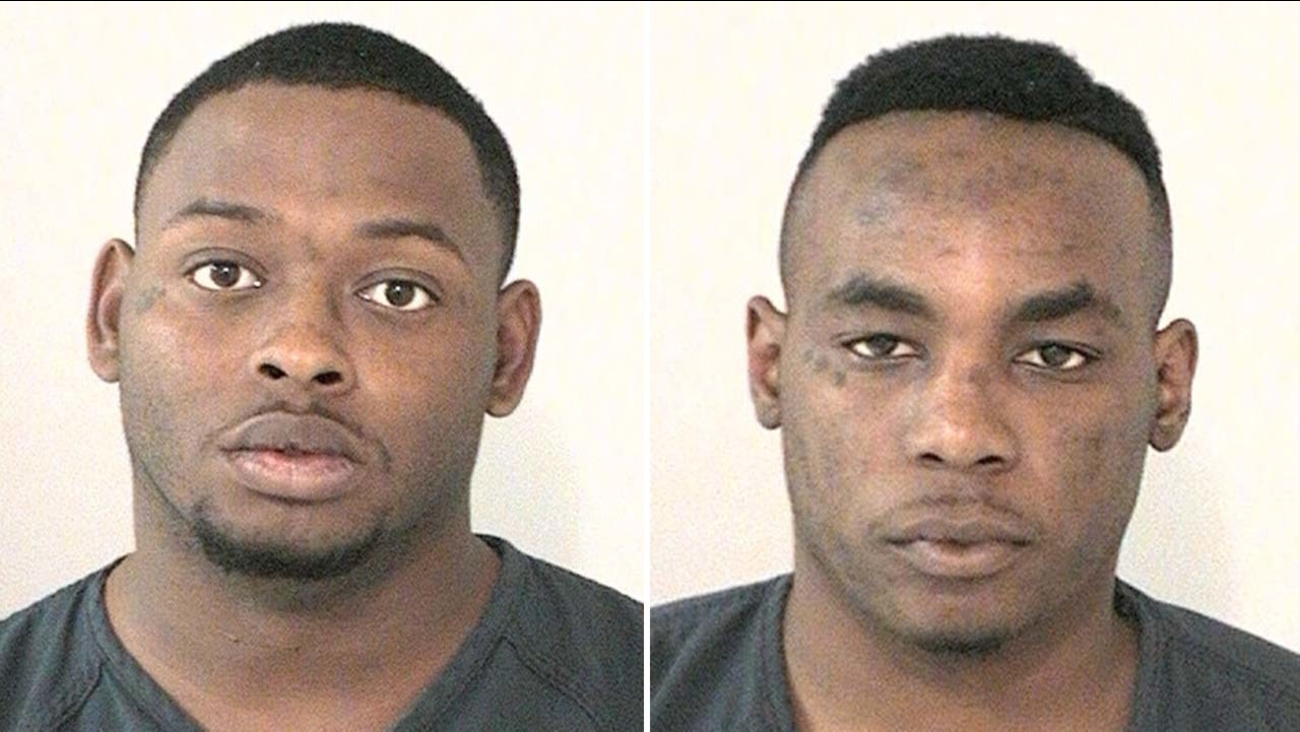 Authorities say Marcus Mims and Rian King stole the cell phones around 6:30pm from the Lifetime Fitness facility in the 23200 block of Cinco Ranch.

However, authorities say on their way out of the facility, suspicious gym customers followed the duo into the parking lot. Once there, the men tried to get away in a car, but ended up hitting a man and another vehicle in the lot.

After the crash, the men abandoned their car and fled the scene on foot.

Once deputies arrived, they searched the area, including a nearby Kroger store where they say they located the two suspects in a restroom, and, after searching trash cans, recovered five cell phones.

Mims and King, both 23, are from Fort Worth. They are charged with aggravated robbery and are in the Fort Bend County Jail. Bail amounts have not been set.

The person hit in the crash was treated for minor injuries.