Deputies found a man shot around 2:24 a.m. Tuesday next to a convenience store on FM 1092 and Summer Park near Stafford.

He was taken to Houston Methodist Sugar Land Hospital, where he was pronounced dead.

Right now, there is no motive or suspects.

A woman at the scene told ABC13's TJ Parker the man is her 22-year-old grandson.

At 2:24am we received a call regarding a male found shot on the side of the road at 812 FM/1092. Victim was transported to Sugarland Methodist. He was  pronounced deceased at the hospital. No other info at this time. pic.twitter.com/K5h5burIL8

Breaking: @FBCSO on scene of a deadly shooting- the first homicide for them in 2021- at a convenience store in the 800 blk of FM 1092. Deputies found the man along the road. They say he was taken to the hospital where he died. @abc13houston pic.twitter.com/gTJTe8y64C

The Fort Bend County Sheriff's Office said in a tweet that authorities don't have any further information, but they are hoping to find surveillance video.

ABC13 searched crime records and found about a dozen homicides in all of Fort Bend County in 2020.

Sadly, a Sugar Land couple was among them. On Dec. 18, 2020, authorities said their deaths were being investigated as a murder-suicide at a home in the 1500 block of Brookstone Lane in the Greatwood subdivision.

Authorities said 64-year-old Benjamin Okigbo strangled 61-year-old Theresa Okigbo before attempting to kill both of his 21-year-old sons by strangling them. Police said he then killed himself by hanging.

Earlier in the year, on Feb. 14, 2020, police said that a family patriarch, who was suspected of killing his wife and young son, drove to San Marcos and tried to strangle his adult daughter. The man, identified as Richard Logan, died by suicide just south of San Marcos in Guadalupe County. The family lived in Greatwood.

Police say this is what happened right after a respected Sugar Land patriarch killed his wife and son in the Greatwood neighborhood. 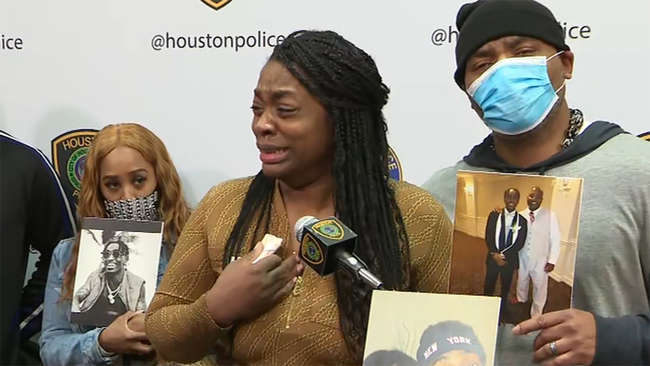 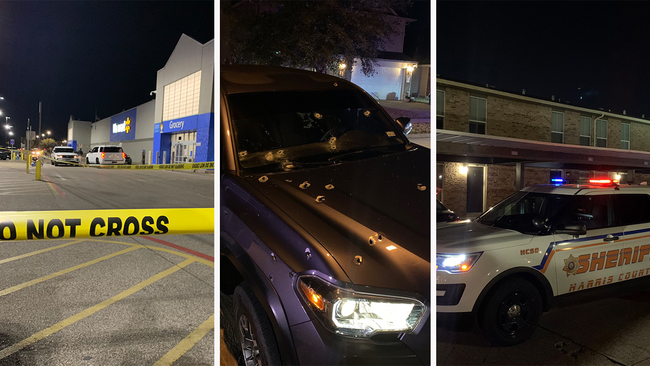