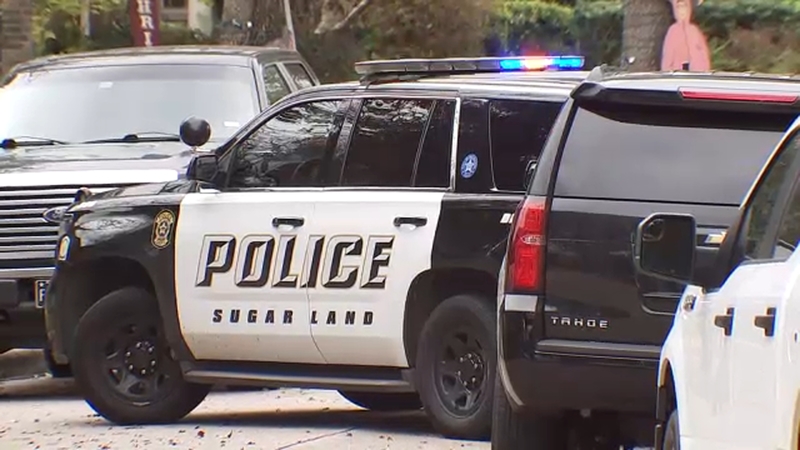 SUGAR LAND, Texas (KTRK) -- Authorities say the couple who was found inside a home Friday morning in the Greatwood subdivision, is now being investigated as a murder-suicide.

The couple, identified as Benjamin Okigbo, 64, and Theresa Okigbo, 61, was found inside the home in the 1500 block of Brookstone Lane around 10 a.m.

Police said Benjamin strangled Theresa to death before attempting to kill both of his 21-year-old sons by strangling them. Police said he then killed himself by hanging.

The couple's sons were taken to a hospital with injuries that were believed to be non-life threatening, according to Sugar Land Chief of Police Eric Robins.

A third adult child was also at the home when the 911 call was made, Robins said.

Sugar Land police and detectives were at the home at midday and had much of the Greatwood Brooks Mill neighborhood blocked off.

The death investigation is at least the second in the community in the past 10 months. In February, a Sugar Land man is believed to have killed his wife and young son before he died by suicide.