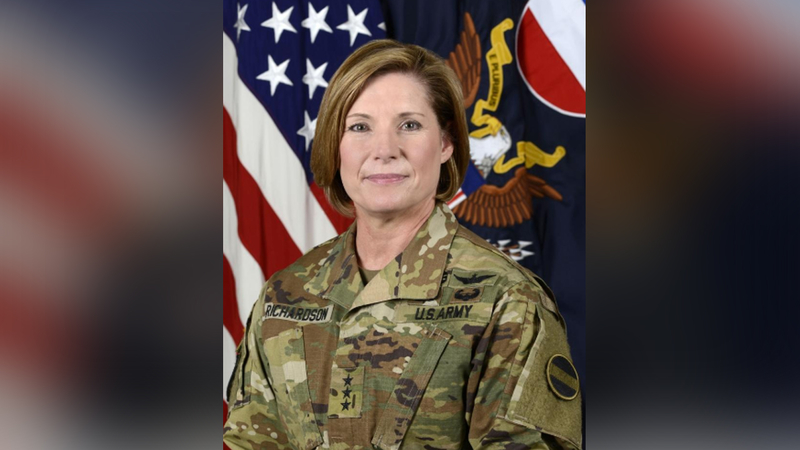 Army General Robert B. "Abe" Abrams, the current commander on the post, has left the Army post to become commander of United States Forces Korea.

He has relinquished command to Lieutenant General Laura J. Richardson, who will be the first female Army officer to officially hold that position.

Richardson had been serving as the deputy commanding general of the United States Army Forces Command (FORSCOM) and will now serve as acting commander.

"Connie and I leave here today knowing that the command is in great hands. Laura Richardson and this FORSCOM team are going to continue doing what we do best and that's all about readiness until my successor arrives," said Abrams.

FORSCOM is the largest command in the U.S. Army, representing 770,000 soldiers and civilians.

Its mission is "to prepare conventional U.S. Army forces to provide sustained flow of trained and ready land power to Combatant Commanders in defense of the nation at home and abroad."

Lt. Gen. Richardson is a graduate of Metropolitan State College and was commissioned in 1986.

Much of her award-winning Army career has been spent in aviation, including stints in Korea and Ft. Campbell, Kentucky. She earned her pilot's license at age 16.

"You're going to be in command of this command for a considerable length of time. It will be measured in months, not days or weeks. We know you are going to do a great job, as we know everyone in FORSCOM is going to do as great a job for Laura Richardson as they did for Abe Abrams," said Milley.
Report a correction or typo
Related topics:
societynorth carolinafort braggsoldiersmilitaryu.s. & worldarmy
Copyright © 2022 WTVD-TV. All Rights Reserved.
TOP STORIES
Harris County DA demands Hidalgo stop 'daily public misstatements'
Houston police working 2 separate shooting scenes across city
Dad in murder-suicide forced daughter under water in tub, records show
$25K reward offered to find 14-year-old's 'vicious killer'
Texas A&M's Fisher fires back at Saban's pay-for-play accusation
CDC advisory panel greenlights booster shots for children ages 5 to 11
Rainfall projections continue to increase for next week
Show More
Dave Chappelle attacker now charged in December attempted murder case
2 years into COVID-19, some remain in complete isolation
Rihanna and A$AP Rocky welcome their first child
Fertitta Family College of Medicine named after $50M donation to UH
Here are the top 14 things to do in Houston this weekend
More TOP STORIES News