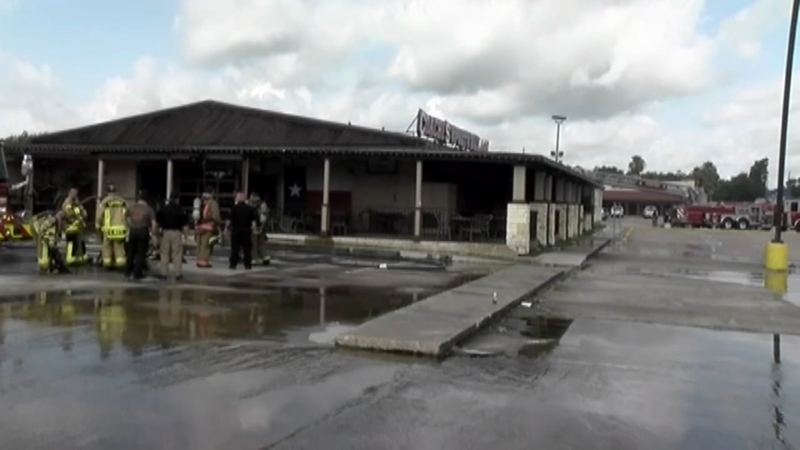 ATASCOCITA, Texas (KTRK) -- Two firefighters sought refuge in the bathroom of a popular bar while they attempted to put out the flames.

The three-alarm fire happened at Coaches Sports and Grill on FM 1960 Wednesday morning.

"It's definitely scary," Mulligan said. "The firefighter who was with him had used up most of his air at that time, and then had run out of air completely, and that's when they called the mayday."

The department's Rapid Intervention Team went in and pulled those trapped to safety. One was treated for exhaustion and smoke inhalation. Another firefighter complained of chest pains. Both have since been treated and released, according to Mulligan.

The business will not bounce back as quickly. The owner says it will be closed, possibly for several months.