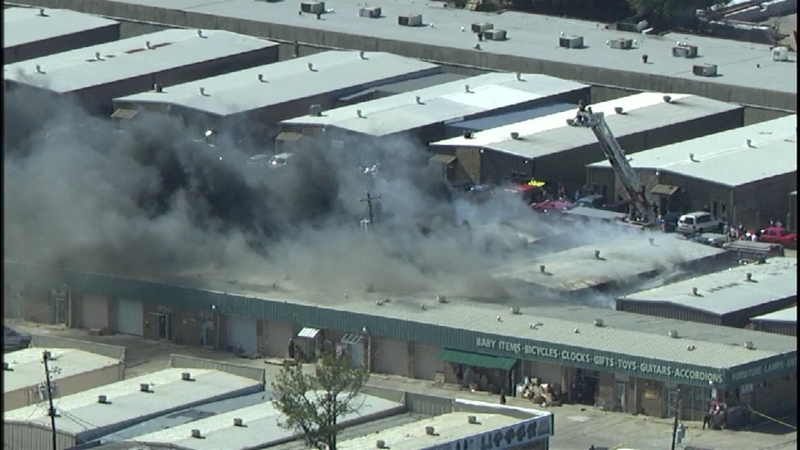 The blaze began in an industrial park about 11:30am on Harwin near Gessner. A Houston Fire Department spokesperson says crews immediately called for more support when they arrived and saw the magnitude of the incident.

They tell us the initial blaze consumed the warehouse of a flooring company and another vacant warehouse.

"It is our own business. It is the only business . It's really, really scary," said eyewitness May Jaraudi.

It took over 100 firefighters to extinguish the flames. But before they did it spread to a third warehouse.

"I don't know. I don't know," said Jennifer Chung, the owner of the clothing store in that third warehouse.

She admitted she could not express in English the magnitude of her concern. Through an interpreter she said in Chinese that there was little neither she nor anyone in her store could do to get away with more than their lives.

"The fire was spreading so bad. The smoke was just, it overcame us and we had to come out of the building," said Cedrick Landers.

He tried to help Chung and those at work in her business save merchandise by pulling it from the building while they could. The flames, fanned by whipping winds, quickly consumed the business.

"We did what we could," said Landers.

Fire crews battled defensively. Officials say everyone got out okay. There were no injuries.