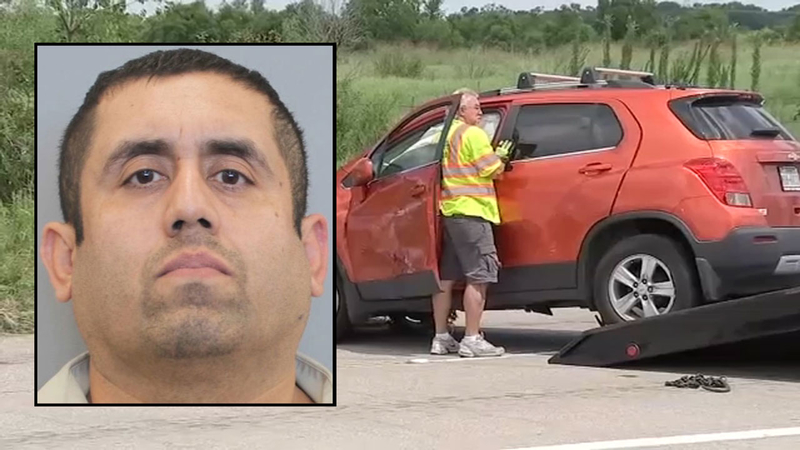 FRIENDSWOOD, Texas (KTRK) -- An El Paso man is accused of hitting three law enforcement officers on purpose and leading police on a high-speed chase, all to avoid getting caught with three pounds of fentanyl.

Houston police pulled over Feliciano Alcala during a traffic stop Sunday near Almeda Mall on I-45 South. Court records show he would not give officers his driver's license, and when officers ordered him out of the car, he took off.

"The defendant first intentionally and knowingly struck an undercover narcotics vehicle that was assisting in the investigation. The defendant struck the vehicle so hard that it caused the defendant's vehicle to lose one of its front tires," said a prosecutor during Alcala's initial court appearance.

"I've never heard of a drug bust, really, it's pretty safe overall," said Friendswood resident Sharon Dietrich, who spoke to us at FM 231 and Beamer Road, where the chase ended on Sunday. "It wouldn't surprise me because the freeway is right there."

In all, three law enforcement cars were hit before the chase was over. One officer suffered minor injuries. Investigators say Alcala told them he wished he had a gun.

Sources say that a total of 1,800 fentanyl pills were recovered from the car Alcala was driving. He is now facing three felony charges, including aggravated assault with a deadly weapon. Alcala remains in the Harris County Jail.